The Dangerously Truthful Diary of a Sicilian Housewife

An English woman in Sicily handling parenthood, corruption and a Sicilian mother-in-law, all at once

We are so used to being warned not to eat too much salt nowadays that it may be hard to imagine how life in the past involved a constant effort to obtain enough of it. Not only does it render any food tasty, it is a vital nutrient and death is the inevitable consequence of a salt deficiency.

It was given for centuries as part of the wages for soldiers to ensure their good health, and the word “salary” derives from this. It was once called “white gold” for its rarity and value.

In many cultures salt even took on magical properties. Sicilians scatter salt on the ground to protect themselves from the evil eye, and believe salt given as a gift brings good luck.

Salt has been very cheap since the mining of rock salt was industrialised in the 19th century. Before then, only deposits near the surface could be extracted, at great expense.

The other way to produce salt was to extract it from the sea through evaporation, but this was only possible under very specific conditions. The coast had to be flat with a large expanse of very shallow sea spreading out from the coastline. The sun had to shine continuously for weeks in summer. There had to be constant wind to power the windmills which pumped sea water from pool to pool, causing it to evaporate more and more until the salt crystals lay on the ground ready for collection.

Trapani and Marsala, on the western coast of Sicily, have these ideal conditions and have been producing salt for centuries.

I took the photos in this post at Marsala, where salt is still produced according to the ancient techniques. There are many areas of Sicily where sea salt production is mechanised, but Sicilians value tradition, so the salt from this this working museum is considered superior.

Sicilian sea salt is not like the easy-flow salt I used to buy in England. Sicilians do not use salt cellars with holes in the top, as it would never come out. They keep it in jars and scoop out what they need with their fingers, even when adding it to food at the table.

13 thoughts on “How do you get Edible Salt out of the Sea?”

Click the image to find out about my novels 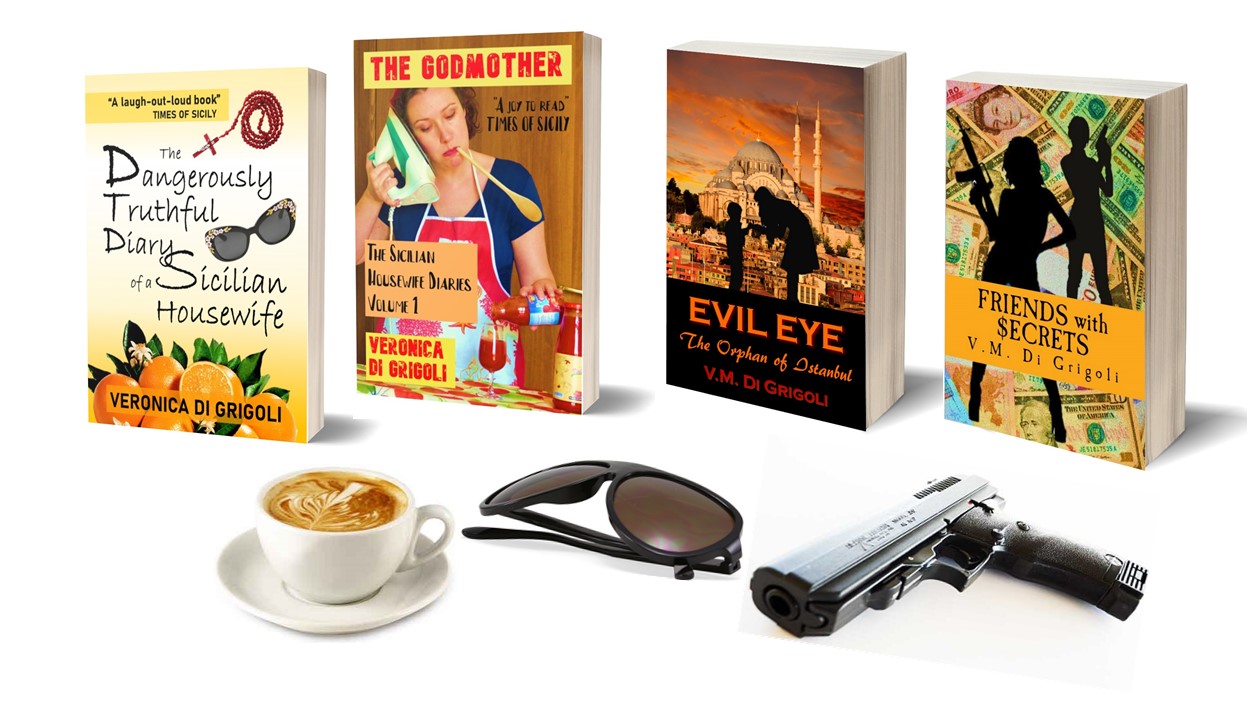 Click the image to find out about my non-fiction books