A friend of mine took these photos while we were with his wife, having coffee, ice-cream and shameful amounts of chocolate biscuits on his gorgeous terrace overlooking the sea. 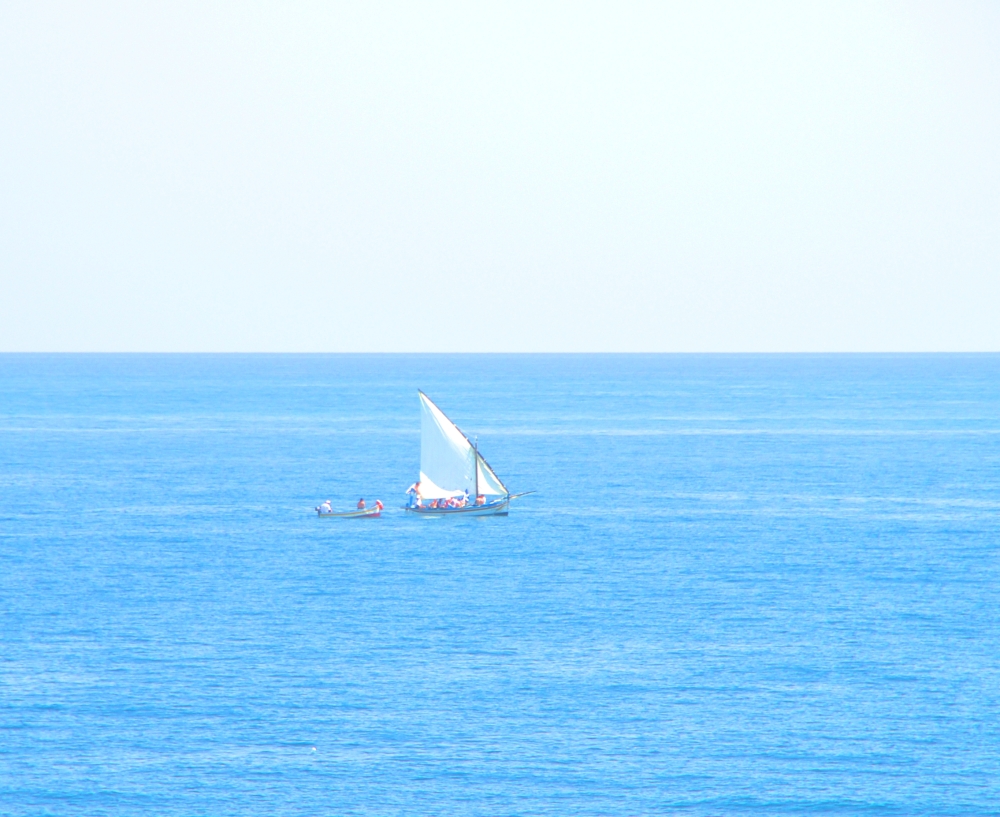 The sail is triangular, and its front side is lashed to the mast from top to bottom. This Vela Latina or Lateen was the sail used all around the Mediterranean from at least the 2nd century BC. The ancient Greeks and Romans often used square sails too, but the Lateen was by far the most widely used type by medieval times, popularised by the North Africans.

In Egypt it is still widely used, with boats roughly hand-carved in wood, just how the ancients made them. I took a ride in one with my husband, who asked if he could have a go of sailing it. The Egyptian sailors were delighted to agree, and he soon found out why: their rudder was nothing like a modern one, but simply a wide oar mounted on the back of the boat, that you had to lean on with all your weight to hold in place when turning. It was rather like driving a van without power assisted steering. 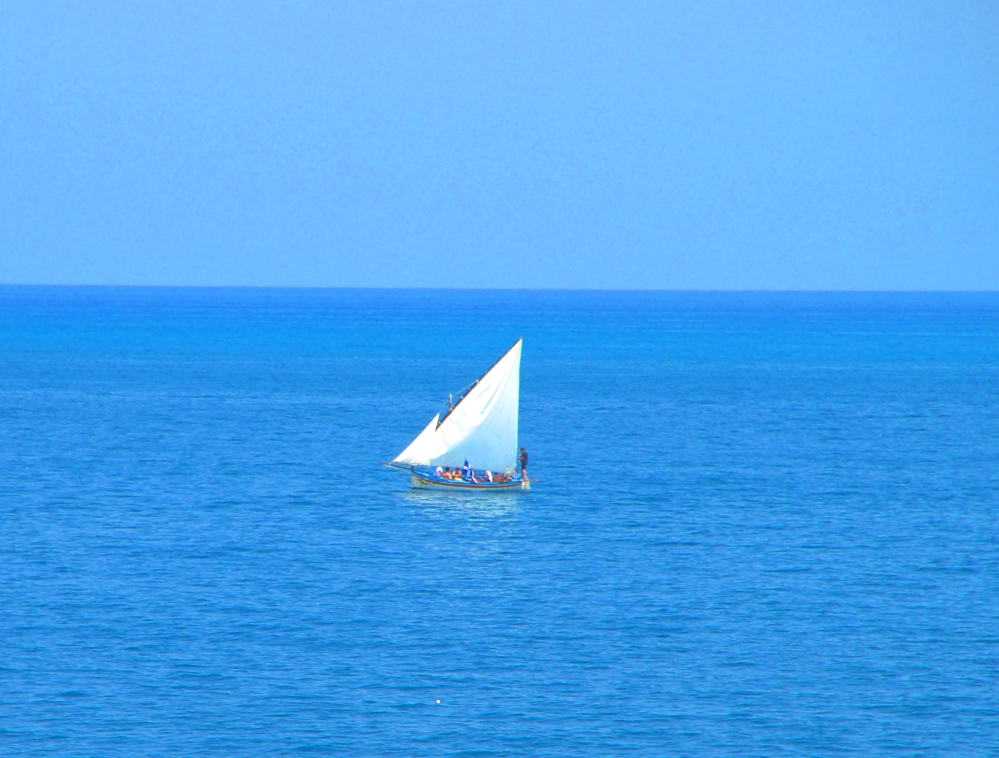 Nowadays these lateens are experiencing a grand revival in Italy, and various lateen regattas (with power-assisted rudders!) take place. There is one near us, which these sailors were training for.