I studied Classical History at university, so this particular section just grows and grows. There’s a fantastic concentration of ancient sites in Sicily – including a UNESCO World Heritage Site – which are not only educational but great fun to see.

ANCIENT CULTURES LIVE ON IN SICILY

Ancient history can be found in the present day food and culture of Sicily as much as in the magnificent ruined cities. These three articles will help you recognise it in what you eat, buy, or see people doing, while you are on holiday in Sicily.

SIRACUSA, THE MOST FUN OPTION

Siracusa is the most fun place in Sicily to get in touch with ancient history. It was founded by Greeks from Corinth and gradually became the most important Greek city in the Mediterranean – richer and culturally more important than all the cities in Greece! It’s one of the (sadly few) places in Sicily where the locals really understand what tourists want, so you have all the elements you need to make your holiday exciting, convenient and really satisfying.

If you like bling, you cannot miss the Medagliere in Siracusa Archaeological Museum. I am such a crazy mad fan of the this vault full of literally priceless coins that I blogged about it myself, then persuaded its lovely museum curator to write a guest post for me as well.

Fancy walking into the richest bank vault in the world?

A Priceless Hoard of Sicilian Treasure [article by the museum curator]

The Archimedes Techonoparco in Siracusa offers you the once-in-a-lifetime opportunity to play with extremely lethal ancient weapons, see how a Greek water clock actually worked, and burn a tissue to ash in one second by holding it over the biggest convex mirror you’ve ever seen. And all this constitutes getting inside the mind of a genius equal to Einstein.

This Technoparco may be the best-hidden tourist attraction in Europe. Locals on the bus will swear to you that it doesn’t exist. Even the “where we are” link on the official website leads to an error message!

You’re so lucky to have me. Follow this link to learn how to get there.

Archimedes and his Terrible Stomach Ache

This article has more information about the extraordinary genius Archimedes.

The Parco dei Templi (Valley of the Temples) in Agrigento is such a huge, mind-blowing Ancient Greek metropolis that it’s a UNESCO World Heritage Site. It has about ten temples, amazing scenery, vast streets and colossal statues. You’ll probably feel embarrassed if you leave Sicily without seeing this.

Sicily’s valley of the temples, Agrigento

Here’s a slideshow which I spent about 85 years making (yeah, call me Technowizard).

The Valley of the temples, Agrigento, Sicily

This is the UNESCO page about it:

This is the official website in Italian, which has a link claiming to take you to a version in English, which actually takes you to an Italian version with headings that might be Portuguese or else perhaps Esperanto. The photos are nice, though.

When you go to Agrigento, do not miss the beautiful Garden of the Kolymbetra, a two-thousand-year-old botanical garden which is tucked away in one corner.

PHOENICIAN SALT FARM AND CITY ON AN ISLAND

You can explore the ancient Phoenician sea-salt farm at the Infersa salt works in Marsala. You can climb up inside a windmill or even spend a day working there yourself. The windmills among sparkling white hills made of salt offer amazing photo opportunities.

From the salt works you can take a boat out to the island of Mozia where you can explore the remains of an ancient Phoenician/Carthaginian city. This is your only chance to see how the Carthaginians lived without going to Tunisia, where they came from.

How do you get Edible Salt out of the Sea?

Famous for the picture of girls in bikinis, the Villa Romana del Casale in Piazza Armerina is the best ancient Roman villa that exists today. It may have almost no walls, but the floor mosaics are worthy of being in the Louvre alongside the Mona Lisa.

SOLUNTO, CITY OF THE CARTHAGINIANS, GREEKS AND ROMANS

Solunto, near Palermo, was founded by Phoenicians, then taken over by Greeks and finally dominated by the Romans. You get a three-in-one of ancient cultures there and, for me, the highlight is the astronomy mosaic showing that the Greeks knew exactly how the earth orbited the sun 2,000 years ago. That, and the stunning panoramic views of the sea. That, and I also love demonstrating to tourists exactly how to use the Ancient Roman public toilets.

Solunto – One of the world’s first multicultural cities?

How to cook the dinner, Roman style: Tindari Archaeological Site

Back to Travel Guide home page

Want to understand a fundamental aspect of all religions in ancient times?

Buy or “look inside” on Amazon.com

Buy or “look inside” on Amazon.co.uk 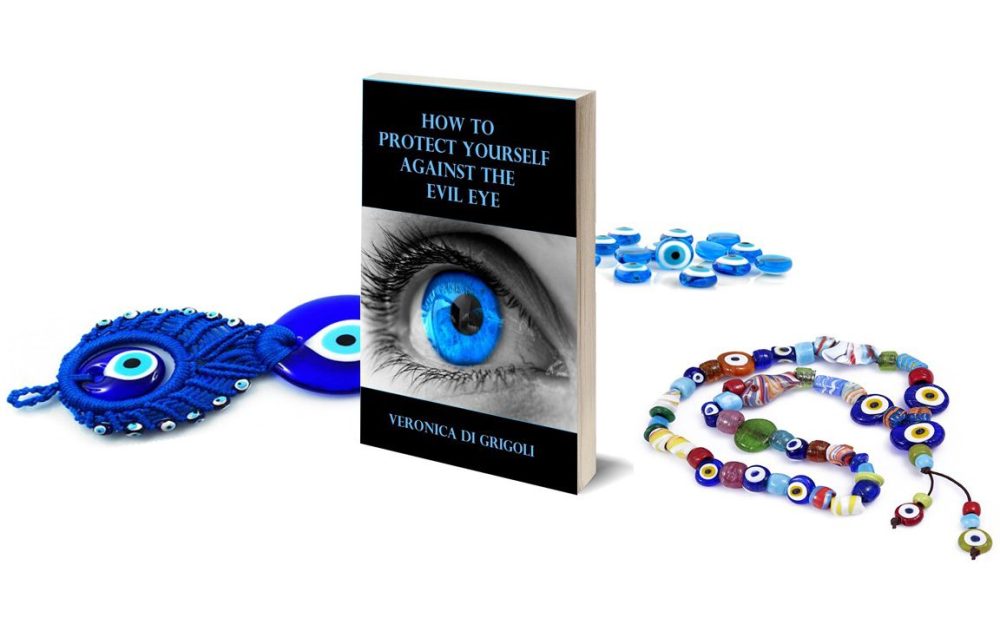 Since Neolithic times people have feared the evil eye – the potent stare of an envious person, believed to cause sickness, suffering or even death. This intriguing book explains the ancient secrets of amulets, purifying rituals and protective gestures used by the Phoenicians, Greeks and Romans – symbls you will regocnise in every museum or ancient site you visit in Sicily.

It also describes where the Bible, the Koran and most religions warn of its dangers and offer defences against it, as well as revealing rituals still used across the world to this day.

After reading this book, you will never see the world in quite the same way again.

The author, who studied Classical History at Cambridge University, interviewed shamans and believers in the evil eye around the world to research this book, which has over 80 illustrations.