It may be hard to imagine, these days, that Sicily was once the cradle of European civilisation. Three super-powers battled for supremacy and Sicily was the centre of it all.

Today, I’ll tell you about the Phoenicians, the earliest super-power and Sicily’s first colonists.

Carthaginians and Phoenicians: the first empire

The Phoenicians were the first super-power, from the narrow strip of coastal land now called Lebanon. 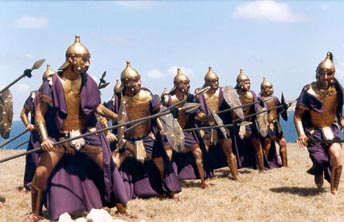 Everyone in the ancient world wanted their red murex shellfish, because wearing clothes in this special colour protected them against the Evil Eye, a terrifying primal force which caused infertility, crop failure and death. Egyptian Pharaohs, Roman Consuls and Greek dictators dared not leave the house without their red clothes on. The name „Phoenician“ comes from the Greek word for red.

This was not all they sold. They also produced fine glass artwork and ceramics, they transported rare food crops, and they sold the best wood in the world for making ships’ masts, from their indigenous Lebanese pines.

Phoenician colonies sprang up all over the Mediterranean. These began as small trading stations, with a warehouse and a few guards who stayed behind to protect the merchandise and trade with the locals. Gradually, they grew into full-scale city-states. Their seminal culture laid the groundwork for much of modern Mediterranean religions, foods, languages, agriculture and art.

Carthage (nowadays called Tunis), benefitted from its central position and eventally became the largest of all the Phoenician city-states. When the Assyrians of modern-day Iraq conquered Phoenicia around 800 B.C., Carthage became the centre of the Phoenician civilisation. Carthage founded colonies of its own, including many in Sicily.

And the evil eye? To this day, some elderly Sicilians sprinkle salt inside their doorways and hide red pouches of lucky charms inside their clothing, to protect temselves from its harmful powers.

How to get the Phoenician feel in Sicily

Have a plate of pasta with lentils, both made from the cereals and lentils the phoenicians loved and brought to Sicily. Garnish it with the sea salt they produced on an industrial scale in Sicily. Don’t forget to wear something RED just to be on the safe side! 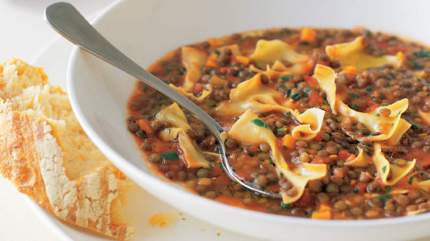 Wash it down with wine from the Marsala region, where they established vast vinyards full of grape species they imported from the Middle East. 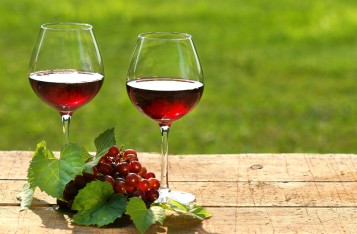 Then enjoy some fresh figs, a Lebanese crop which the Phoenicians brought over to Sicily and spread throughout their Mediterranean colonies. 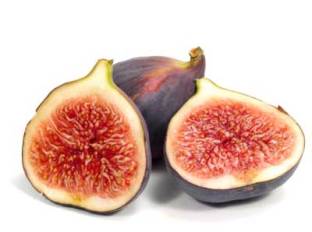 Where to see the Phoenicians in modern Sicily

Near Santa Flavia, this was originally a major Carthaginian trading post which was taken over by the Greeks then the Romans, who eventually abandoned it for reasons unknown. It is off the beaten track for tourists so you nearly always get this place entirely to yourself, though you just might meet me there from time to time, showing people how to correctly use and socialise upon the 2,500-year-old toilets. 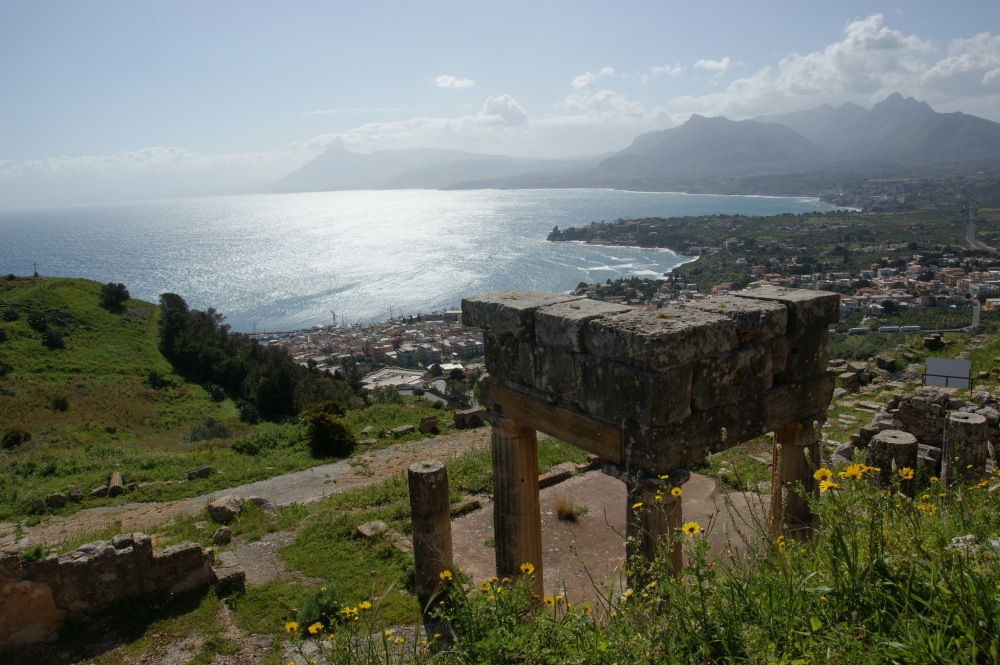 This is an island just off the coast of Sicily near Marsala. Its ancient Phoenician city still stands, including a massive shipyard and sacrificial altar. There is a stone road under the sea which the Phoenicians used to transport barrels of wine from the island – where they had established vinyards – to the mainland by horse-drawn cart (in about 3 feet of water): The Sicilians were still using it till the 1950’s.

There are salt works at Marsala which were founded by the Phoenicians and are still used to make organic sea salt. 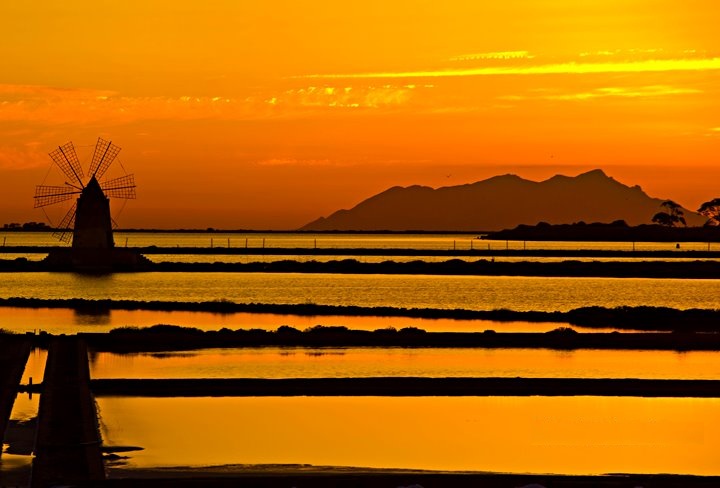 Coming on Friday: The Greeks

Need to improve your Italian? I’m using this audio/print magazine