This puzzle, at least 2.5 thousand years old, is called a Stomachion, which means “stomach ache”. It comes to us thanks to Archimedes, Sicily’s greatest scientist and one of the greatest mathematicians in the world. He described it in a book now called The Archimedes Palimpsest and used it to inspire some of his great mathematical discoveries.

All you have to do is fit the pieces into a square shape. You can turn any of them over if you want to.

Why is it called a stomach ache? Well, there are 17,152 different ways to solve this puzzle and, as you fiddle about realising you cannot even figure out ONE of them…. trust me, it’s sickening!

Last weekend we went to Siracusa, birthplace of Archimedes, and tried our hands at solving this puzzle at the Tecnoparco Archimede. (See below for how to get there.)

We were guided about the open air museum by a pair of charming and highly knowledgeable old fellows, who let us play with the catapults, set tissues on fire using the burning mirrors, and tell the time using the water clock. I shall be posting more of those fun things later, but let’s get back to this stomach ache, shall we?

Print this square out. Before cutting out the pieces, cut another piece of paper the same size to use as your base… then see how many ways you can fit all these shapes into the square.

If you can figure out any, that is.

The tecnoparco guides began by presenting my son with a wooden stomachion, which he managed to solve in three different ways before we continued our tour. Later in our hotel, Hubby and I fiddled with it for ages before coming up with a single solution.

How many can you manage?

How to find the Technoparco Archimede, Siracusa, Sicily

The Technoparco Archimede is in the open air (take an umbrella as a parasol, because the heat could literally evaporate you into something like powdered egg), it is full of lifesize models of all the things Archimedes invented, and you are strongly encouraged to play with them all. There are two old men who love showing you what they do and explaining what is really, really clever about them. They have a sort of desert-island hut with a TV inside where you can watch a hilarious film from the fifties of an actor pretending to be Archimedes setting Roman ships on fire with his giant magnifying glasses.

The problem with this brilliant place is it is near impossible to find. Local Siracusans on the bus will swear it does not exist, and will try to make you go to the air-conditioned museum of digital reconstructions in town (which has unfortunately closed down now). When you do find it, it is accessed by going down a tiny, muddy alleyway that makes you think you’re trespassing and may get shot by a mad farmer. The nearest car park is infested with overly-friendly chickens. And when you get closer, there are signs pointing the way all hand painted like a primary-school project.

Do not give up! Just keep on like a valiant explorer till you hit the jackpot.

Official website (very interesting info, but in Italian only, and the link to “where are we” takes you to an error message)

Official Facebook page (great page to subscribe to, but the witty museum owners decided to put their address on here in Latin) 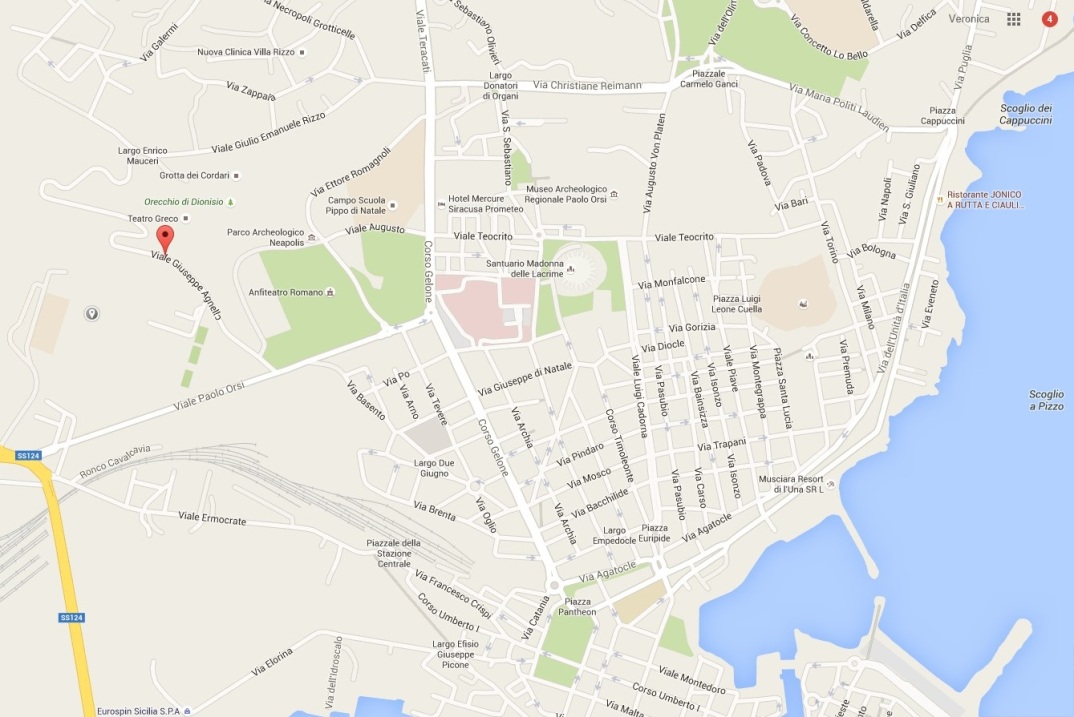