The last, and ultimately the most powerful, of the superpowers of the ancient world was the Roman Empire. Why were they ultimately the winners in the power struggle?

We have seen decades of power struggle between the USA and the USSR. They fought the cold war using technology and financing small wars around the globe, secretly manipulating other countries to prove their power. Now China is stealing a march on them by taking over economically, like the Phoenicians did.

In the ancient world, it was the warmongers who eventually got the upper hand.

I wonder if Putin knows this already?

The Greeks and Phoenicians muddled alongside each other for five centuries of pirate raids. 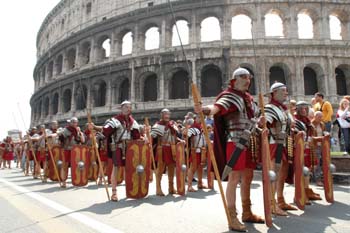 From the 3rd century B.C. a third power made its presence felt. The Romans were a group of farmers from dangerous malarial swamps with no natural resources or crafts to trade. They were not much good at sailing, either. All they had going for them were their outstanding military skills and aggression.

With nothing much to sell, they were not interested in trading and founding loosely-allied city states. They were building a military empire, with a centralised government. Ultimately it was this difference in outlook and objectives that made them the winners.

They began as raiders on land, conquering Italy. When they met the Phoenicians and Greeks they copied every aspect of their culture that they could, including their ships and sailing skills.

They beat the disjointed Greeks easily, picking them off one city-state at a time. They so admired the superiority of the Greek culture that they adopted it – gods, arts, philosophy and all – and spread it wherever they conquered.

The Carthaginians were altogether harder to beat. They had seen their mother country in the Middle East destroyed once, so they knew the key to success was unity. The two powers were so closely matched that the Romans, after three „Punic Wars“ which lasted centuries, only won by a whisker.

The Carthaginians went down in Roman history as the most terrifying enemies on the planet. Their very name became stuff of legend and nightmares for Roman children. But for a few small twists of fate, we Europeans might all be speaking a Semitic language derived from Phoenician.

The Romans regarded Sicily as a backwater, fit to be intensively farmed and asset-stripped. Roman Sicily was characterised by political corruption, financial extortion and exploitation of the locals. They rebuilt some of the Greek and Phoenician cities they had ruined and taxed the natives to the brink of starvation, generation after generation.

How to get the Roman feel in modern Sicily

Have a seafood salad. The Romans ate far more fish than meat, and particularly liked prawns and shellfish. They even established oyster farms around Sicily. 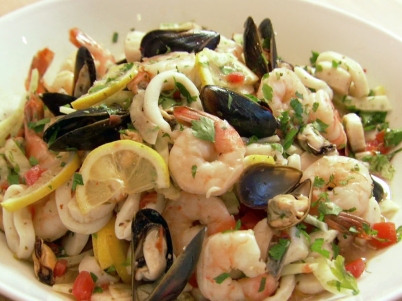 The Romans also introduced a much wider variety of vegetables to Sicily, and ended the Phoenician and Greek obsession with pulses. They loved strong flavours and tangy, vineagary sauces, so try some vegetables cooked in Sicilian agrodolce (sweet and sour) style.

Finally, eat anything with anchovy paste on it. A great Sicilian classic uses roast bell peppers, olives and anchovies as well as their paste. The Romans loved fish sauce, which they called garum, on anything. They established Garum factories throughout their empire and Sicilian and Spanish garum were considered the best. Garum was fermented and probably more like the fish sauce used in modern South-East Asian stir-fries, but anchovy paste is the closest you will get in modern Sicily. 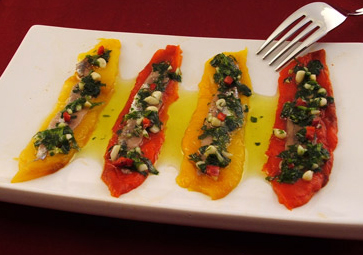 Where to see the Romans in modern Sicily

The Villa Romana del Casale is one of the few impressive Roman legacies. Once the centre of a vast farm estate, the villa was the residence of a very rich family and is famous for its outstanding mosaics. Amid dynamic hunting scenes and beautiful portrayals of animals, the most famous of them shows ladies doing weight training in bikinis.