You can trust an Italian to make chain mail look stylish. 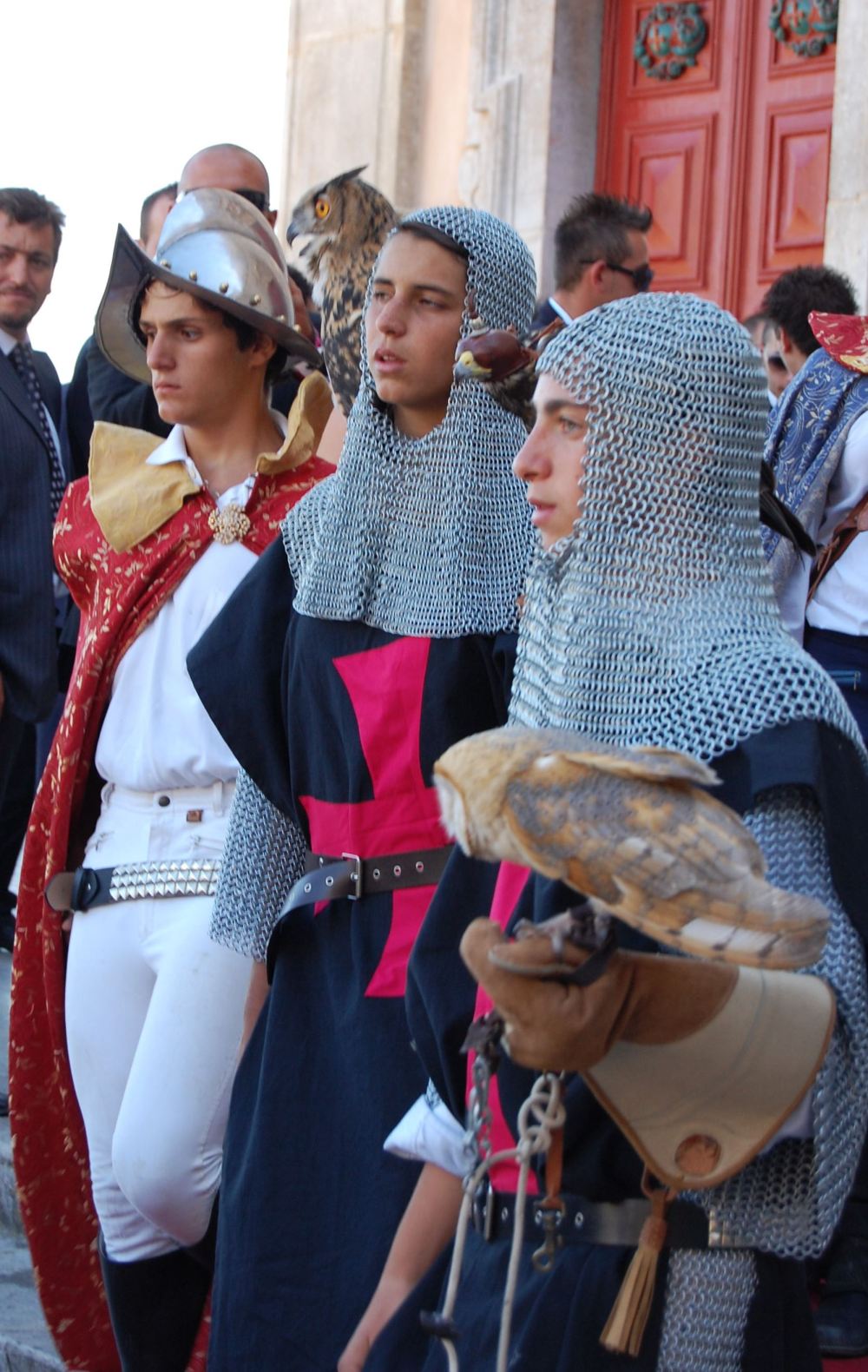 I snapped these fine young fellows in a medieval town called Caccamo. They were attendants at a wedding, waiting to take the bride and groom to their reception in this carriage.

Did you notice that the nearest one has a falcon on his shoulder and a barn owl on his hand?

They had other birds of prey too, including this magnificent tawny owl. I adore owls and, since it was midday, this fellow was so sleepy that he let me stroke and even cuddle him.

I have always wanted an owl as a pet. If anyone can suggest how to convince my husband to authorise this, please submit your ideas in the comments box below.

The Chain Gang were very friendly. One of them let my nephew and me try on his heavy metal gloves. 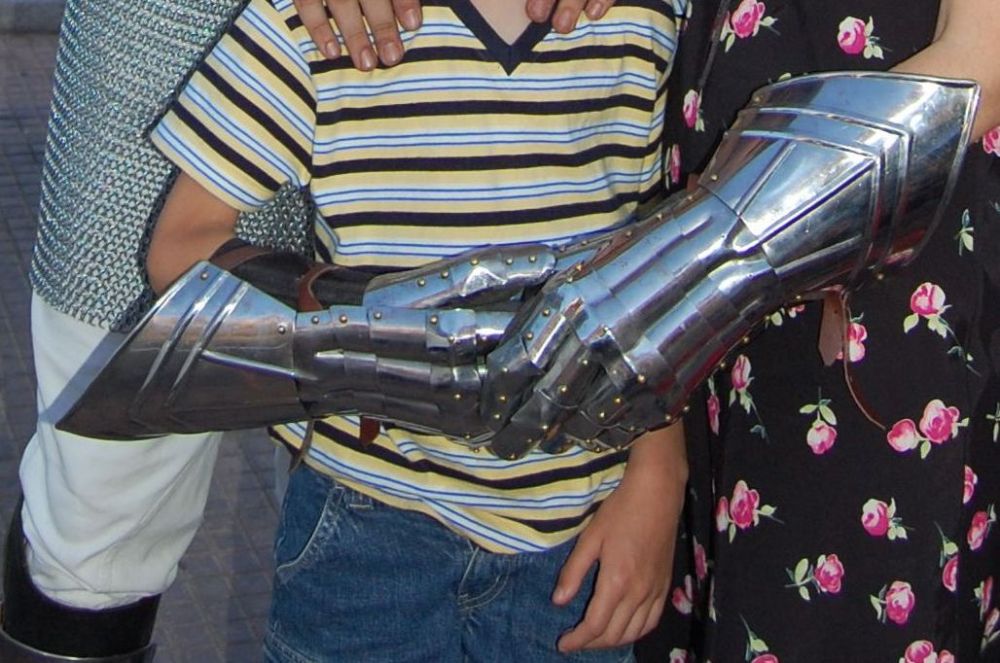 These young men are highly skilled equestrians who participate in medieval style tournaments, jousting events and other competitions on horseback practised in Italy for over 1,000 years. They invited us to visit their training school later, where we saw the way they learn these skills and keep in shape. It takes remarkable physical stamina and a great deal of practise to achieve their standards.

Caccamo boasts a marvellous medieval castle which looks like this.

It is built not only upon a giant rock, but also around it. Notice the wall on the left is partially made of a cliff. 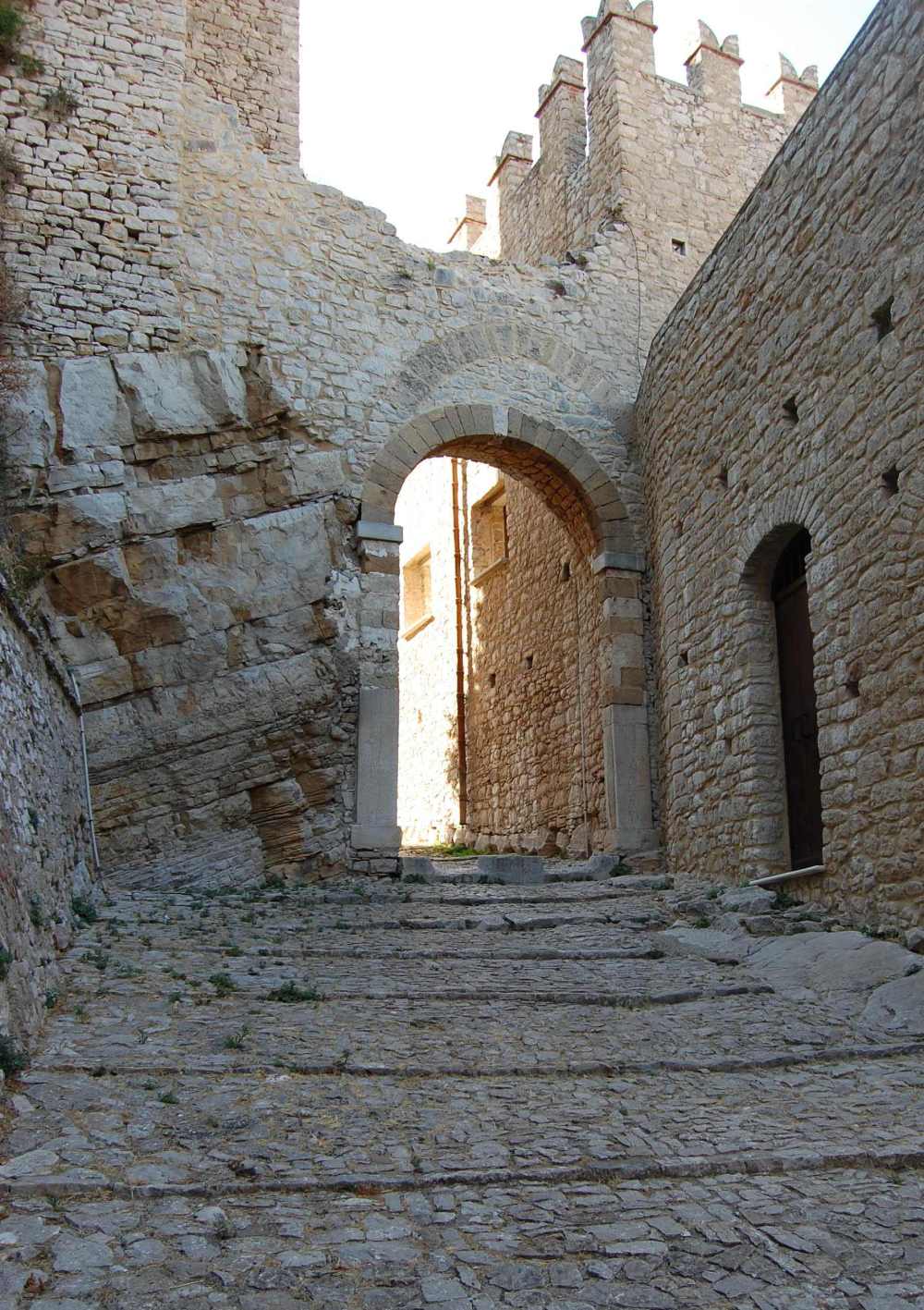 Inside the castle, you can see a large array of extremely painful-looking medieval weapons, and a few torture implements.

You can also see this deluxe Renaissance toilet. You would sit on it, do your worst, and then shout for a servile wench to take the pan out of the bottom and launch its contents out through some of the castle’s crenellations. Perhaps that would discourage invaders from climing up that steep rock to storm the castle.

One of the many carved coats of arms on the castle walls shows a Sicilian Trinacria and a severed horse’s head. I suppose the message here is “Don’t Mess with Sicily.”

The highlight of the castle for me, though, was the trapdoor down to the dungeon. There was a carved wooden altar opposite the long dining table, with an antique rug upon which visitors could kneel while praying. But the rug hid a trap door, operated by a lever the other side of the room.

The wicked count who owned this castle would lure his enemies into his home with the offer of lavish dinners, feigned friendship and terribly expensive imported wines; wait till they were inspired by the urge to pray; and then send them down the chute directly into his dungeon, which had no exit.

Then he would sit back down, thump his fist on the dining table and shout “More capons and a flagon of wine, wench!” as he listened to his victim howling about having two broken legs.

The wooden trap door is now replaced with glass. My nephew and I peered down and could see a few rocks, which he insisted were spattered with blood and brains. I think his imagination was helping him though, as it was VERY, VERY dark down there.

Caccamo has a town festival each year called La Castellana di Caccamo, with fabulous processions of people dressed as the aristocrats who lived in the castle in medieval times. They wear lavish costumes, some of them embroidered in thread of real gold.

There are several beautiful murals around the town which show typical scenes from the festival. 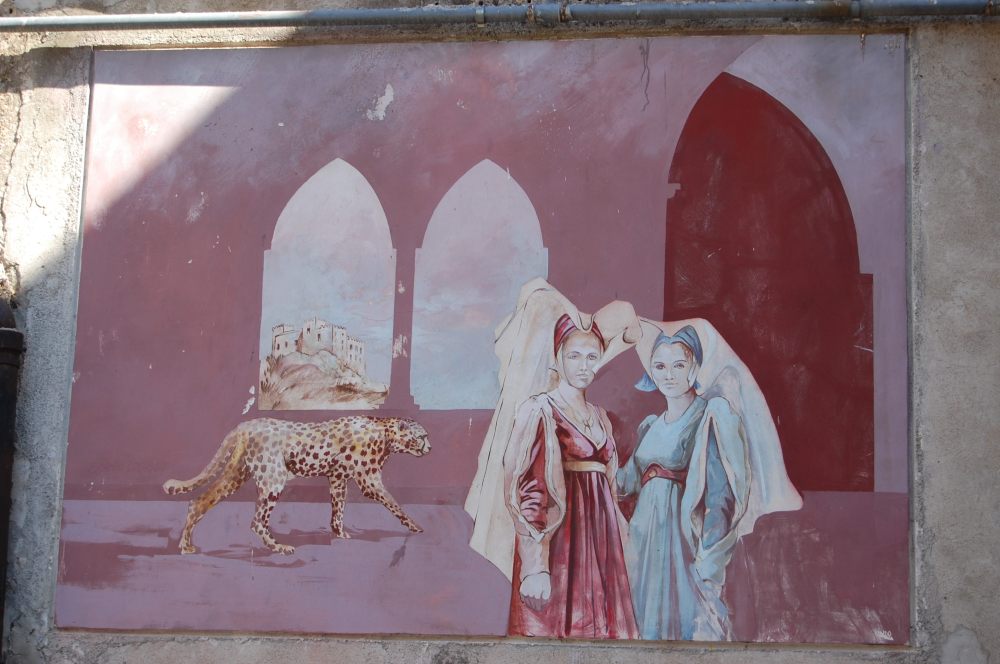 Each year, a pretty girl from Caccamo is chosen as the Castellata, “the girl of the castle” and given the keys of the castle for a day, as the “castle owner”. The whole town turns out to escort her from her house to the castle, where the Mayor presents her with the castle keys. People with medieval skills (jousting, falconry, firing cannons, tossing enemies into dungeons, slaying dragons, that type of thing) travel from various parts of Italy to take part in this festival each year. 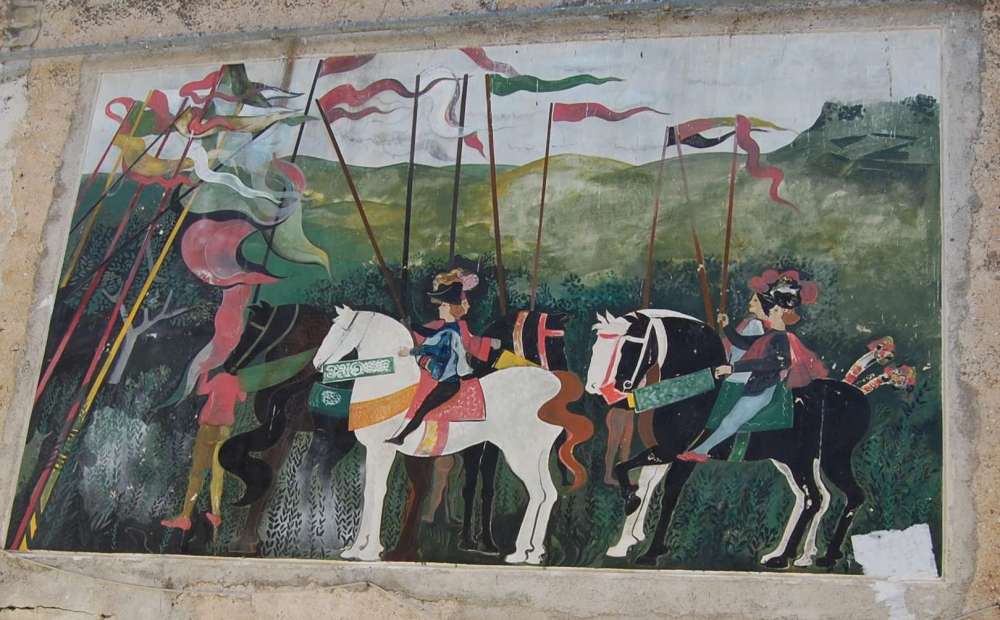 On our way out of the castle, who should we bump into but the blushing bride and her 30-foot veil! In Sicily, the general rule is, why be subtle when you could be magnificent? 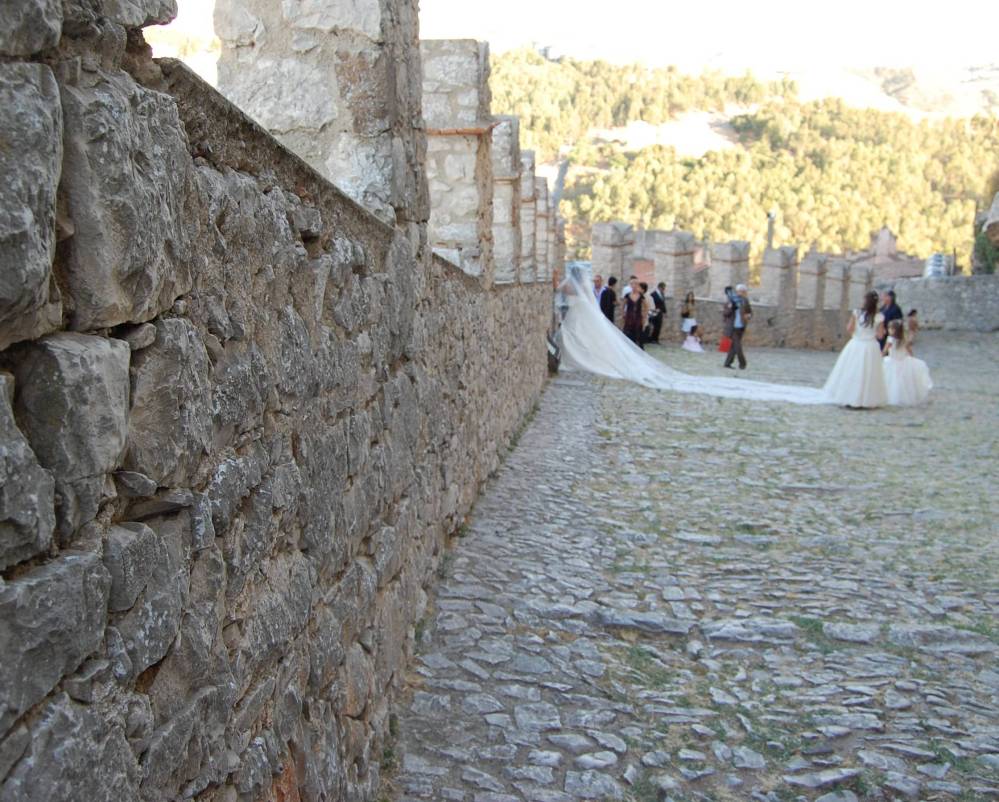