The other day we stopped at the greengrocers – which is normally a roadside stall in Sicily – and my son started making a big fuss over this cage of snails. 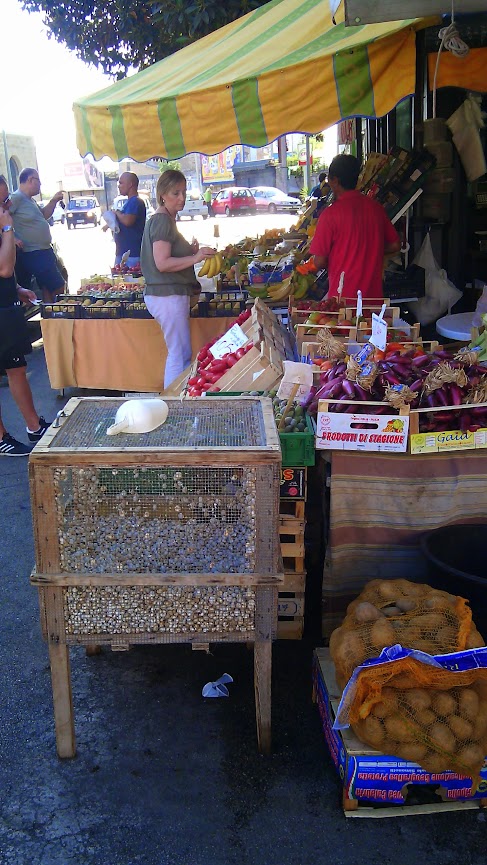 Most eight-year-olds would either want to play with them or, if particularly sensitive types, perhaps want to liberate them. Not my son. He wanted to eat them.

“I don’t know how to cook them,” said Hubby. That was a big fat lie. What he really meant was that he didn’t feel like spending about 24 hours preparing them before cooking them.

And indeed he does. He has prepared them in the past with his Sicilian grandmother, otherwise known as The Godmother. Spending 24 hours preparing dinner is no big deal for The Godmother, of course. She sometimes cooks meals that take several days.

“Well put that in the freezer,” said the little lad.

“I haven’t got enough money for snails” tried Hubby.

“Oh don’t worry, Daddy,” said the little lad. He pulled his pocket money out of his trouser pocket. “I’ll pay for dinner today. It’s my treat.”

This would melt the hardest of hearts. Indeed some bystanders had tears in their eyes by this point, so Hubby bought a bag of snails.

What you have to do with these snails, first, is leave them in water overnight. 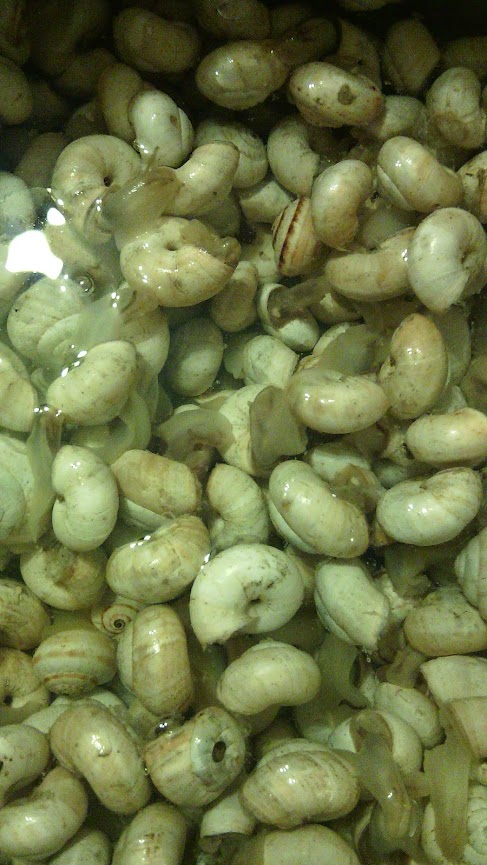 They all pop out of their shells to see what is going on. At this point you can put two of them on the kitchen work surface and make them race. I wondered if I should say something along the lines of “Don’t play with your food” but, apparently, The Godmother encourages this kind of behaviour. Perhaps it enhances the flavour. 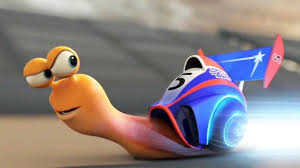 Once they have been in water a while, masses of snaily slime floats to the surface in globs. This is the moment when you decide that you are not going to try eating snail, after all; indeed, you are happy to go to your grave without ever having tasted snail.

Once you have washed the snails almost to death (which is probably why The Godmother likes preparing them so much) you can cook them, at long last. This is a complex process which involves frying garlic, adding parsely and then exposing them to heat to kill them instantly. My lad did explain to me exactly how The Godmother does this, but it sounded so complicated that I decided to delegate this step to Hubby. It would be a pity to ruin the snails in the cooking phase after giving them each a thorough bath and massage twelve times.

Once they’re cooked, of course, all you need to do is eat them! This involves yanking them out of their shells with a toothpick, then sucking them into your mouth with loud slurping noises. Buon appetito!

And in case you’re wondering, no I did NOT try them. Both Hubby and the little lad were very pleased to have the whole lot for themselves.