We went to the southern Sicilian town of Favara a while back.

The historic town centre looked like a slum in Chad, or perhaps the most bombed-out district of Damascus. There were wooden boards and scaffolding around the derelict houses, to make sure pieces of masonry didn’t land on the cars. There were hoardings to keep pedestrians from walking too close.

We arrived in the dark, which made it all extra-scary.

“Why did you bring me to this dump?” I asked Hubby under my breath.

We entered a bar through the back door – in Sicily they often open the back to let a refreshing breeze cool the whole place down. When we emerged through the front door, we found ourselves in a vast, grandiose piazza reminiscent of Piazza San Marco in Venice.

There were glamorous bars all around. There were spotlights set into the pavement running from each immaculately planted flower bed to the next. The town hall had a flawless facade and brand new flags hanging from it. It was enchanting.

“This isn’t the part I was looking for,” he said, asking more people for directions. “I want to see the Farm Cultural Park.” And we dived back into the scary streets.

In the historic district of Favara, once upon a time, the houses were all set around seven cosy courtyards. Then economic depression came to town, the younger generation moved to the big cities or far from Sicily to find work, and the old people died. Their empty houses started falling down, until not one of them was worth more than the price of a Mars Bar.

A local notary named Andrea Bartoli hated to see his hometown so tragically unloved. He decided to buy up all the abandoned houses around one of the seven courtyards and restore them to an inhabitable state. He could only afford to put in the minimum essential facilities – plumbing, and a roof.

Then he started inviting local and national artists and photographers to stay in them as his guest; he would host them free of charge, but on condition that they produced a piece of art, or decorated the house.

A flash of Inspiration

Gradually the derelict old houses of Favara became a unique art gallery, called the Farm Cultural Park. The art is both inside and out. Some of it looks like advertising posters or other parts of the normal paraphernalia of any town – until you take a closer look. Everything is done with a sense of irony, irreverence and fun.

A space in the central courtyard has been turned into a vegetable garden for local children to cultivate plants and learn to respect the environment.

I’ll be honest, I’ve never been a major fan of modern art, but the way they do it in Favara is different. Seeing it in a town gives it a context which is entirely lacking in an art gallery. It has a relevant and thought-provoking message, it brings its sense of humour along, and it makes you want to join in.

You can join in, actually. While using the public toilets, for example, you watch an art installation with films of Steve Jobs giving motivations speeches to university students.

You see many images intended to make you think. What is this image saying to you?

It has inspired the locals to fix up many other parts of the town, too. We walked through a beautiful garden which a group of local volunteers created out of what was once an unofficial rubbish dump.

All the people who take care of the galleries and contribute to the community projects are volunteers. We were shown around by these absolutely charming young ladies:

There is also a shop where local artists can sell their work: here are some “magic medicines.” 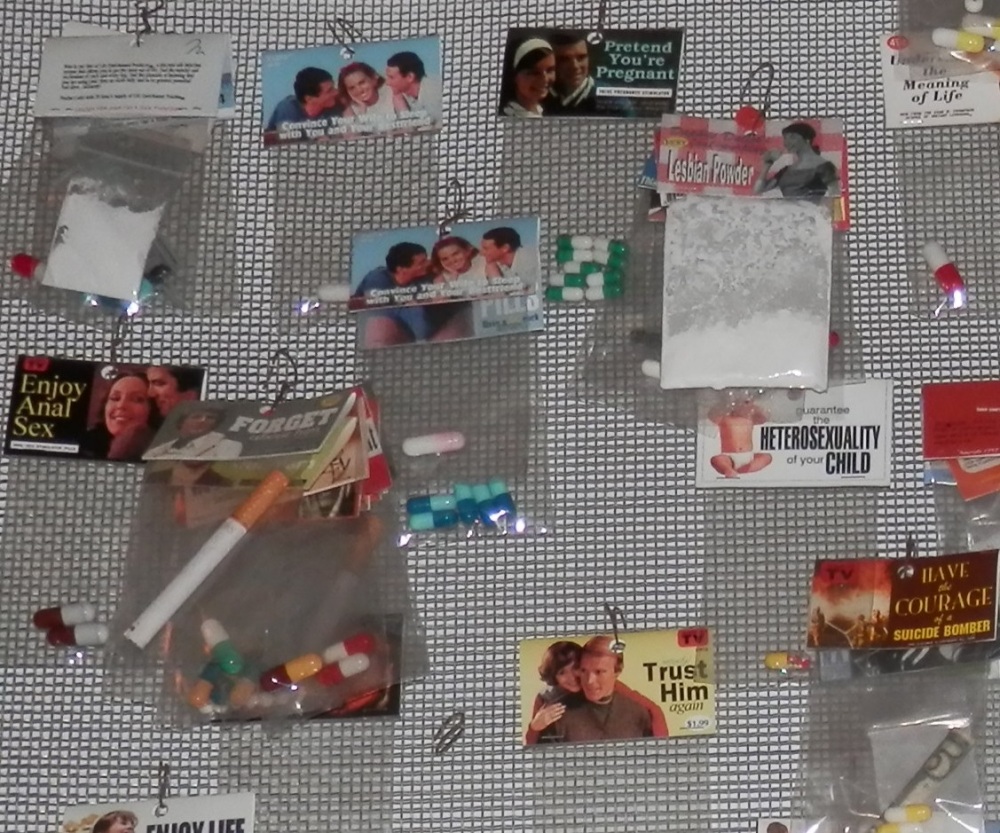 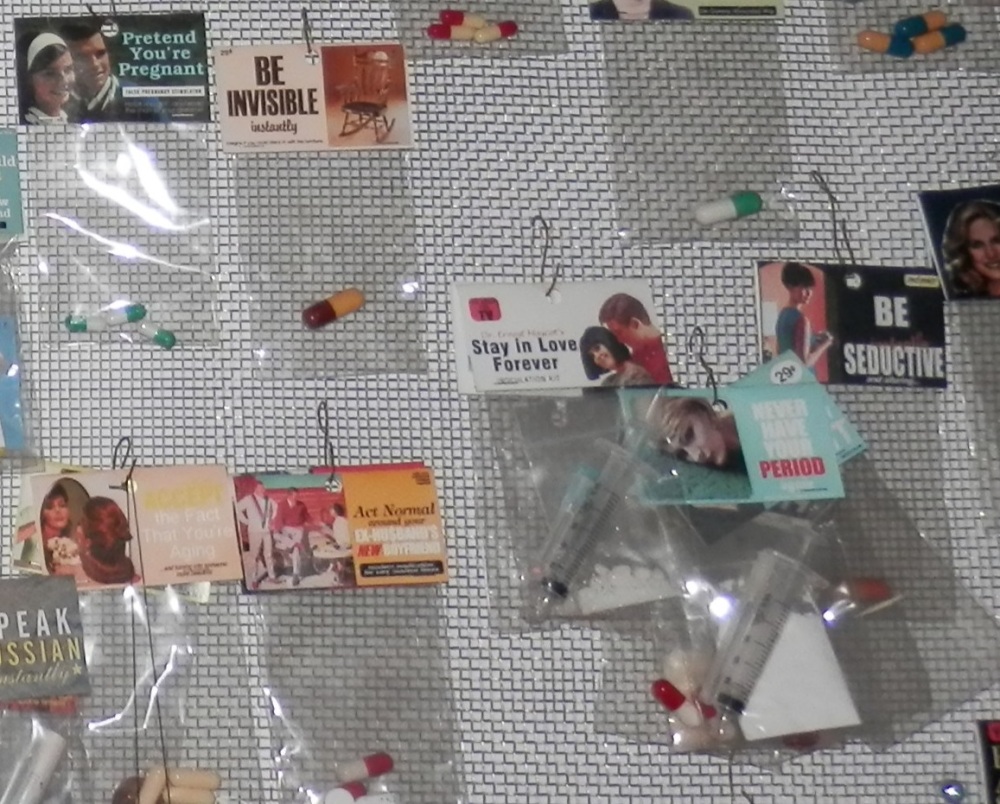 The town Comes back to Life

The project has inspired many locals to join in, beautifying the city whilst expressing themselves. The people of Favara had given up, but this new, never-ending art project has brought the town back to life – and given a new life to all the people who live there.

This most important thing about Favara, for me, was that it’s all so much fun. I came away feeling invigorated and injected with the joy of life myself.

This story of economic ruin and abandonment is playing out in countless old towns across Sicily. I wonder if any others will find a way to be born again?