I like the ambiguity in the phrase Moorish Heads. When the Moors invaded Sicily from North Africa in the 11th century, they built ceramics workshops all over the island and taught the Sicilians to make brightly coloured majolica, an art form which gradually spread throughout Sicily. One of the excavated 1,000-year-old Moorish potteries can be seen in Palazzo Steri, Palermo.

One of the classic items, still made today, was the “Moorish head” – a fancy plant pot which was traditionally placed atop gateposts. And at this time, since they conquered Sicily and ruled it, the head of everything in Sicily was Moorish! 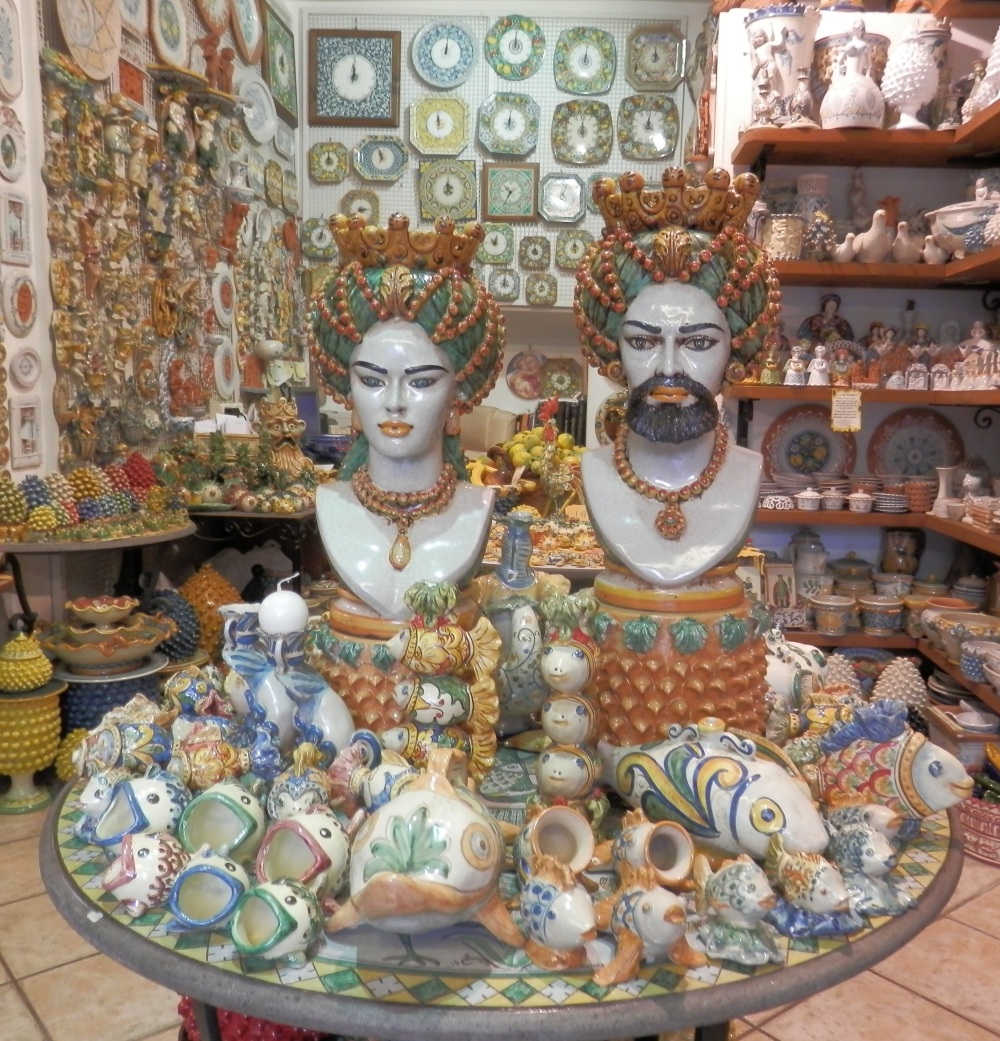 The original pots were life-size, but nowadays they are made in every size, from larger than life, to egg-cup. 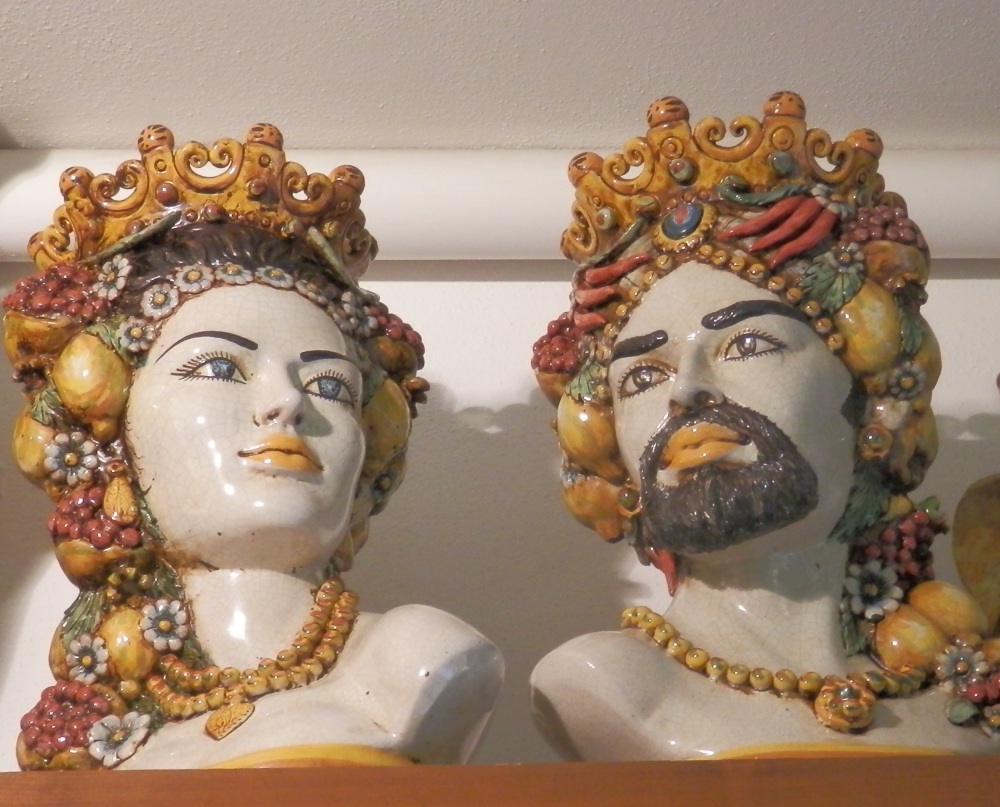 There’s a size and a price to suit every pocket, and every airline’s baggage allowance! 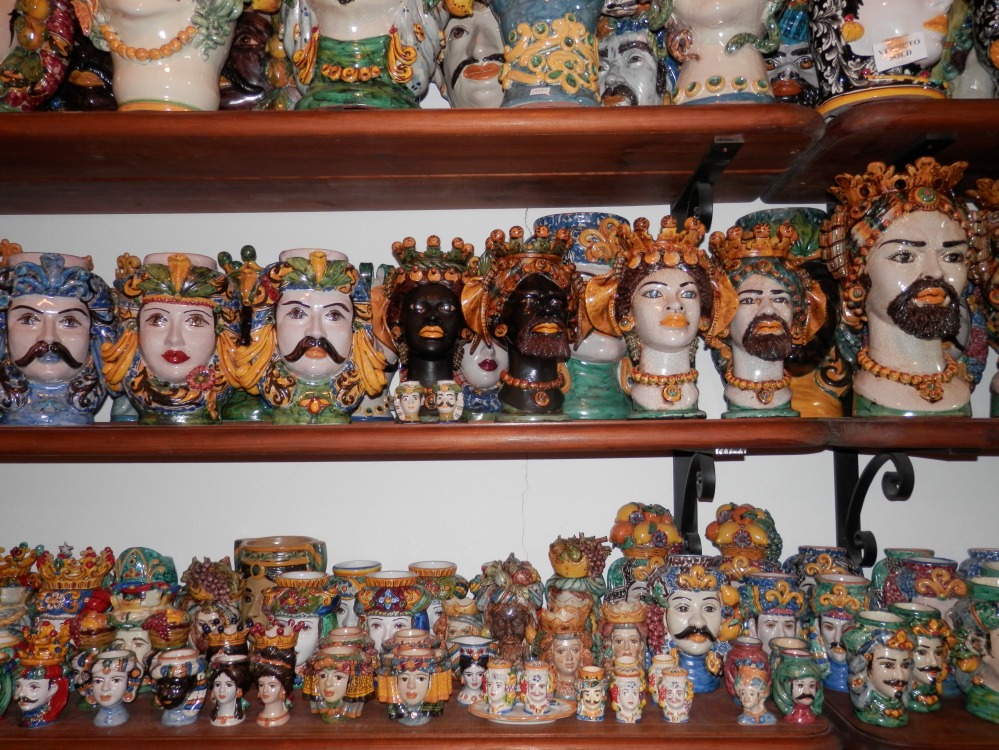 The city most famous for making these heads is Caltagirone, near Catania. The legend of their origin comes from Palermo, though, in the district of Al Halisa (nowadays called La Kalsa).

A young lady, so the story goes, loved cultivating flowers on her balcony. One day a Moor passed below and became infatuated with her, declaring his undying love so beautifully that she, in turn, fell in love with him. The story took a sinister twist when she found out he was married with children! Appalled at the deception and insult to her virtue, she cut his head off. Now, what to do with it? She decided it would make a perfect plant pot.

I love this story because it is exactly the kind of tale a Sicilian would invent to entertain a child, or to get a laugh from a curious tourist.