San Nicola is a village in Trabia, a little way along the Sicilian coast from the one where I live, but a world apart. Where we have fish heads and peeling wooden boats, they have posh promenades and yachts in a marina.

We went there recently on a strange day which was so overcast and gloomy it made the place almost look dark, yet the temperature was muggy and clammy. It felt like the Highlands of Scotland (minus the hypothermia and Orange hairy cows).

You can still see the towers of the “castle” that was once used to drive vast numbers of tuna fish into a corral and kill them en masse. This style of fishing was developed by the North Africans who established it in Sicily, where it was used until the latter half of the last century.

The older people in my village, who have seen it done, say it was horrifically cruel. The entire sea that filled the bay was turned bright red with blood. Sometimes a shark would happen to get driven into the corral along with the tuna fish and would join in killing them, among the long spears of the fishermen. 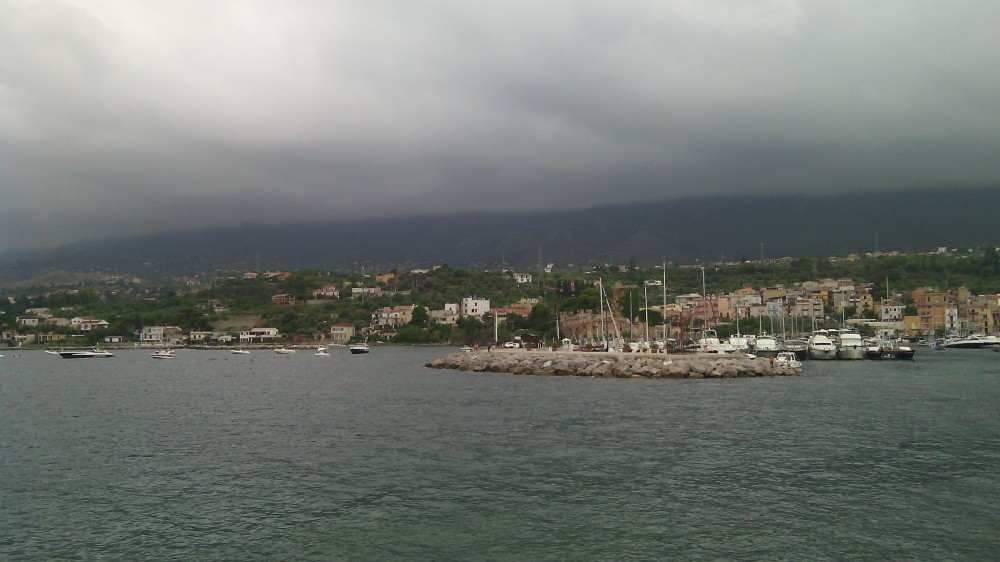 Nowadays all you see in San Nicola is the calm promenade and the relaxed bars and cafés overlooking the marina full of pleasure boats. The only fishing done here is for pleasure, not commerce. These men had caught a couple of tiddlers about the size of goldfish! 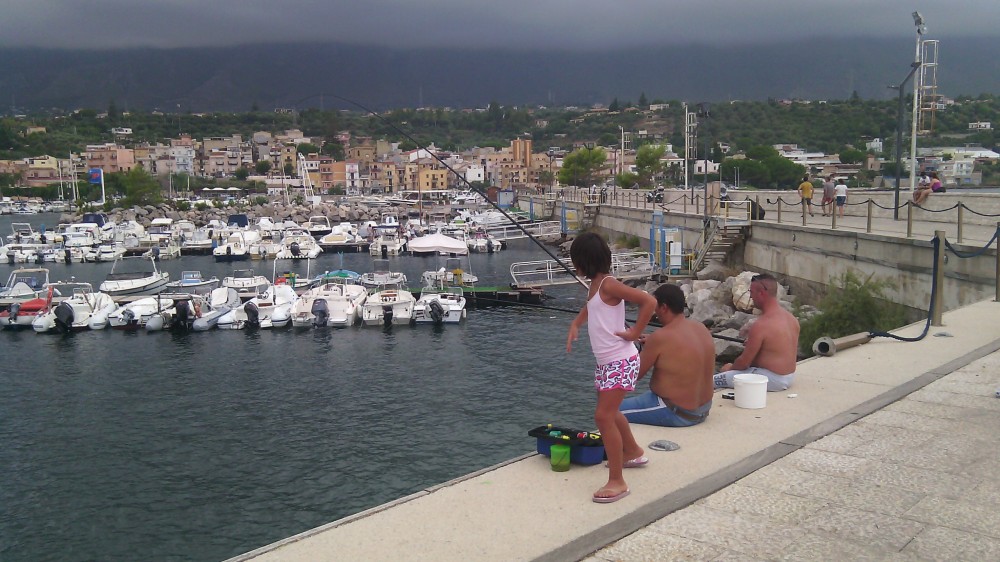 I think the Disneyesque barracks of the Carabinieri, the military police, looks as if it should have Mickey Mouse peeping out of one of the turrets and Donald Duck dancing on the roof.

The local council jazzed the place up no end, not only to encourage tourism but because a TV soap opera was filmed here.