What happens to Italians when they live in England?

I became deeply worried about my husband and son this summer, after they had been living in the Stoke-on-Trent area for six months.

When one has married an Italian, one simply doesn’t expect to be putting up with this type of thing: 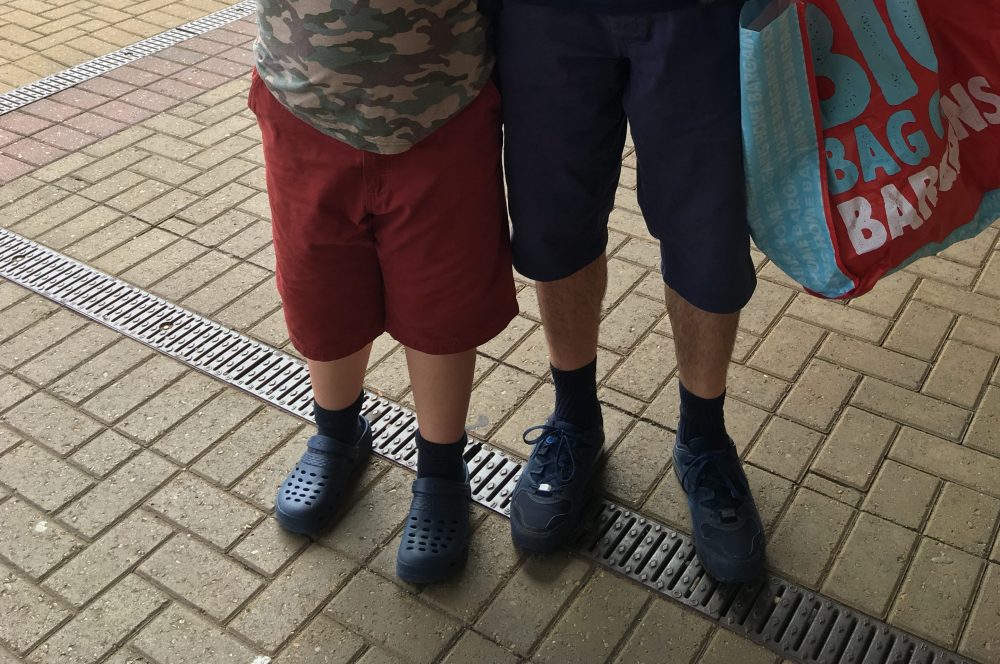 When I intercepted Hubby attempting to sneak into the car for a shopping trip with his feet dressed in this appalling manner, I think I showed exemplary restraint.

“Are you sure you want to go out like that?” was all I said.

“Yes I am,” he answered without hesitation. “And if you’ve got a problem with it, I’m not leaving the house.”

The rot has set in

Clearly, England had corrupted him. I have been exposing him to too much subversive foreign-ness. It’s not just the English fried breakfasts he’s become addicted to. It’s not just the way he waxes lyrical about the white dotted lines on English roads, and relishes staying within them at all times. It’s not even the way he secretly enjoys posting photos on What’s App of his car thermometer saying it’s 1 degree centigrade.

Oh no. I think the breaking point was when I made him eat Chinese food for the first time in his life. 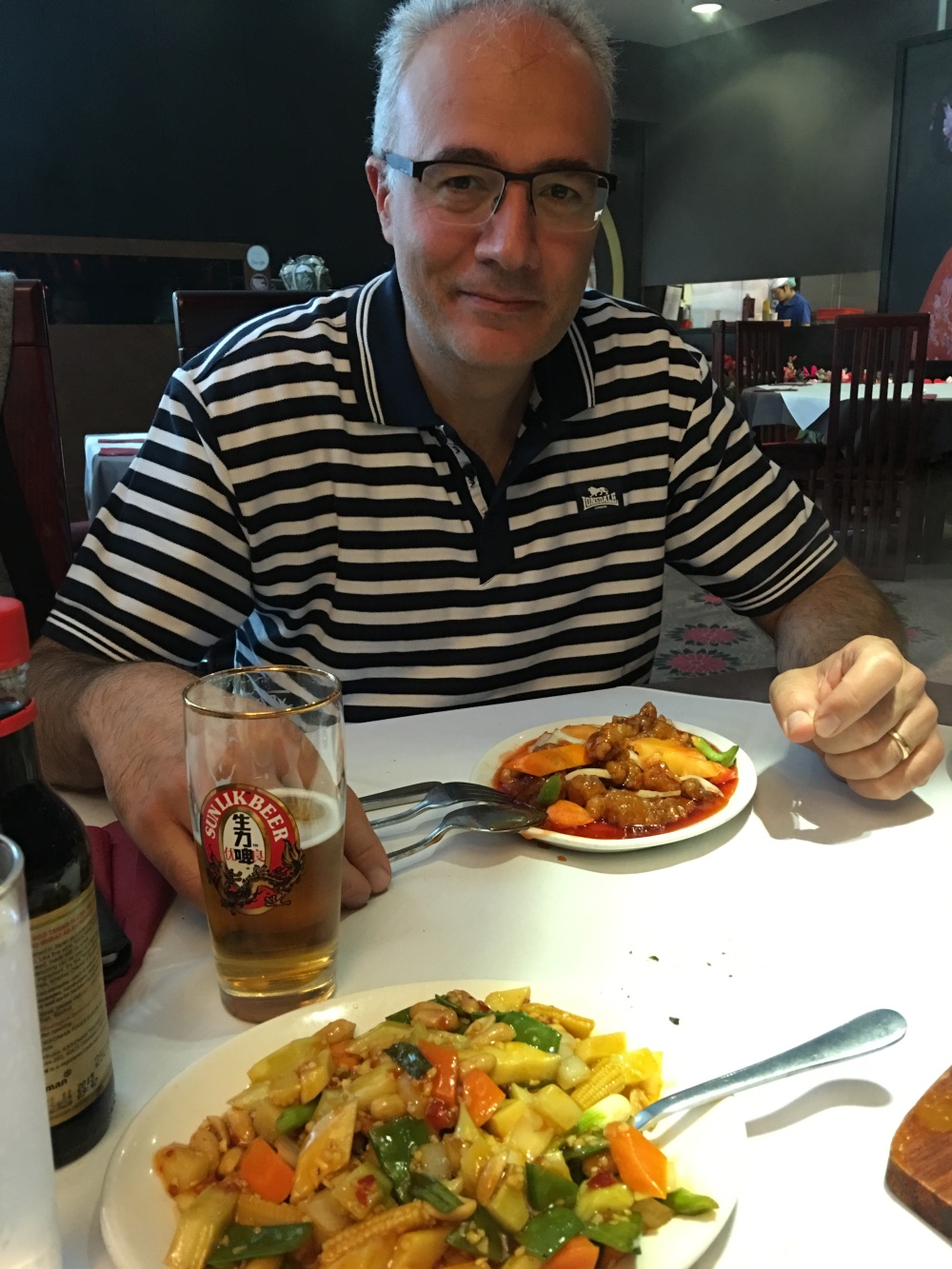 Let me just explain. The mark of a true Sicilian is to be so suspicious of Chinese food that he will actually walk away from you backwards if you raise the topic in conversation. It’s odd, because the Chinese are another great food-adoring nation who experiment with exotic ingredients, are ready to eat anything with legs on (except the table), and who produce unforgettable explosions of flavour in the mouth. They ought to have so much in common.

Yet that is how Sicilians are. And once a Sicilian has overcome the Great Chinese Food Phobia, there really are no further boundaries left.

How to put things right?

I decided to get things back on track by taking Hubby on a shoppping spree in the elegant and Neoclassically beautiful Arndale Shopping Centre in Manchester. I could tell things were off to a good start when we bumped into my old and very dear friend Octavian: 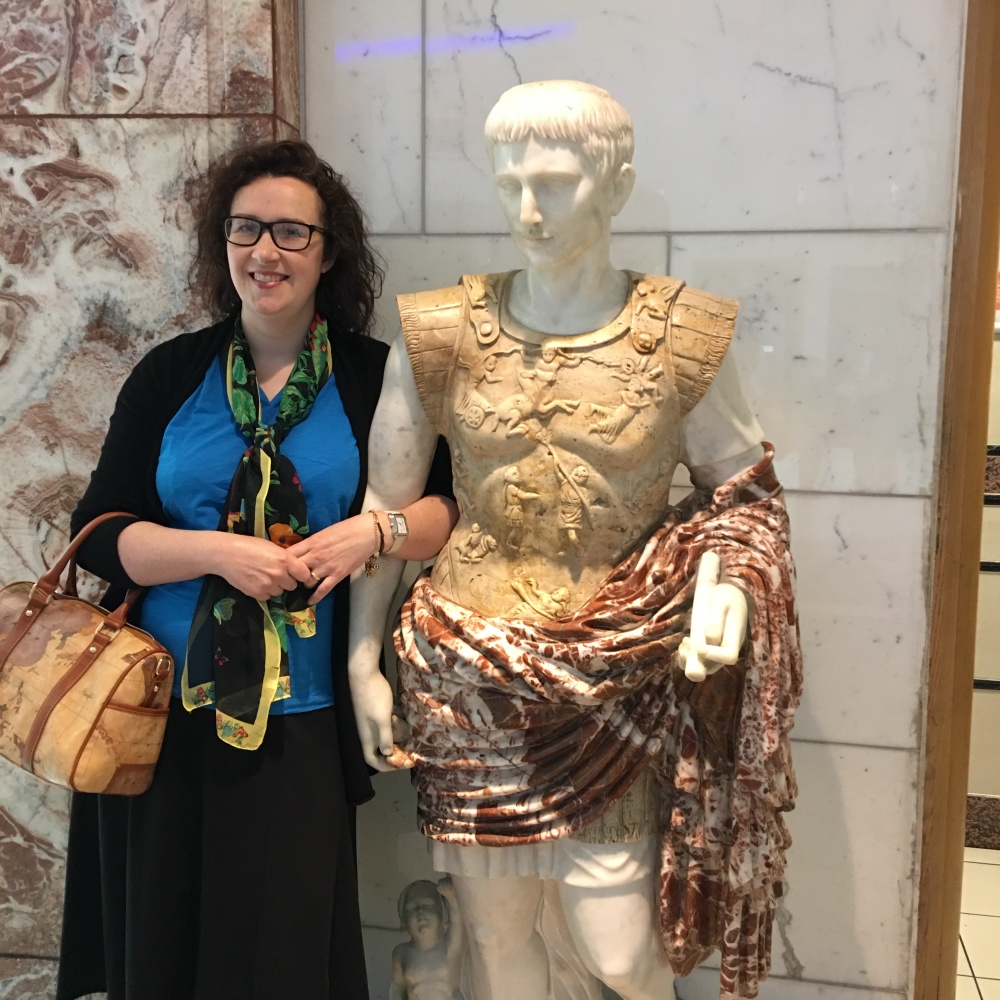 One smart jacket and a snazzy pair of shoes later, I was feeling a little better about Hubby already.

The Italian Festival of Sicilyshire

But things got fully sorted out the next weekend. I should have realised it takes an Italian to cure another Italian.

I made my three Italians dress appropriately: 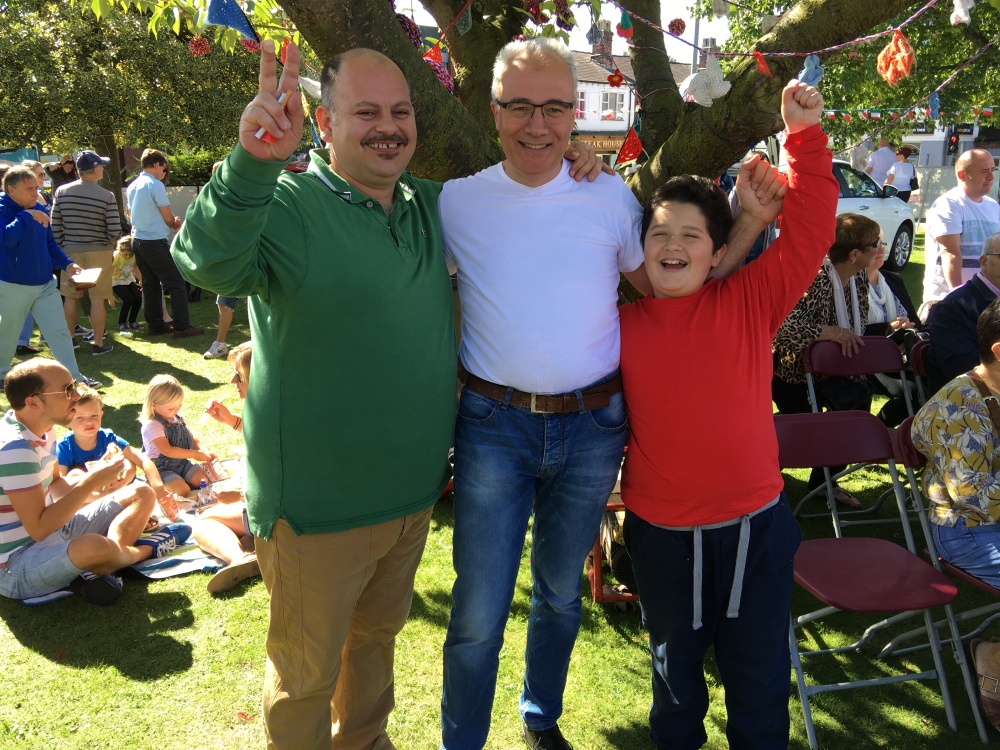 The green part of the Tricolore is our friend Pasquale. He missed us so much when we left Sicily that he followed us all the way to the drizzly West Midlands. We think he may have stowed away in one of our suitcases. He turns up at our house for lunch every Sunday and then sleeps on the sofa. 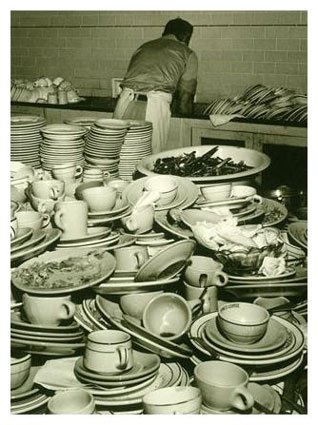 We just call him Uncle Pasquale and drop him back home after he’s helped us finish off the leftovers for dinner. 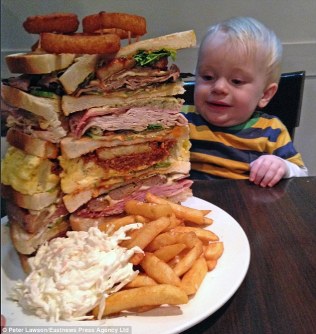 Anyway, the festival got off to a great start with a stall at its centre selling delicious arancine, those Sicilian rice balls with a tasty bomb of filling in the centre. 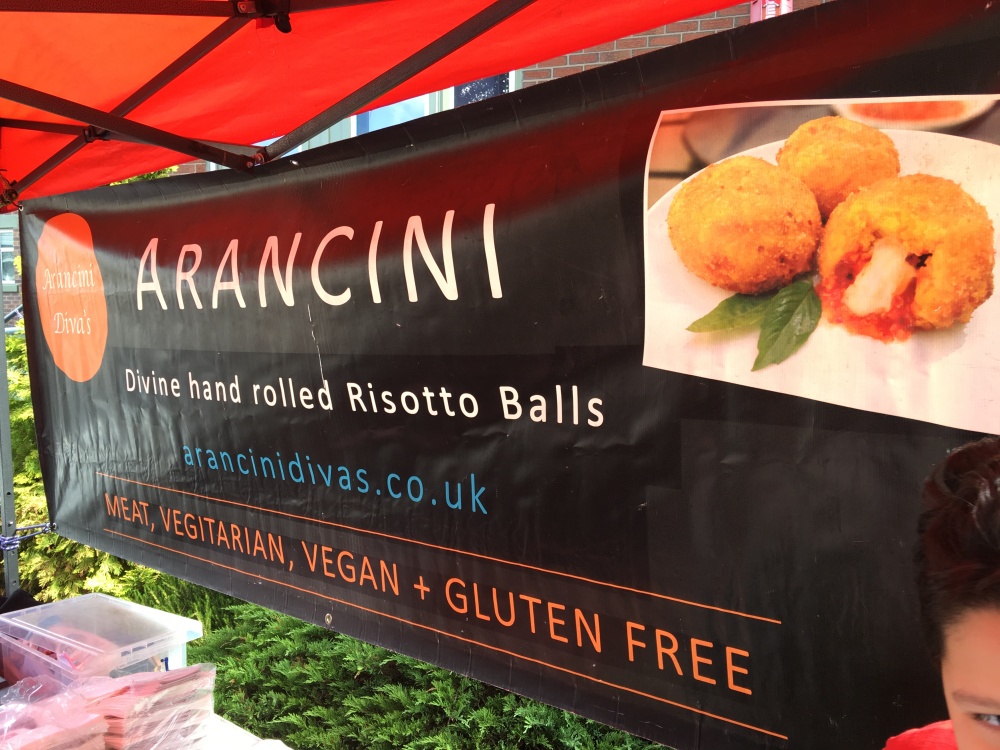 We stocked up on some classic ragu ones and cheesy ones, and also tried a few adventurous flavours, including a marvellous pumpkin and pine nut version. 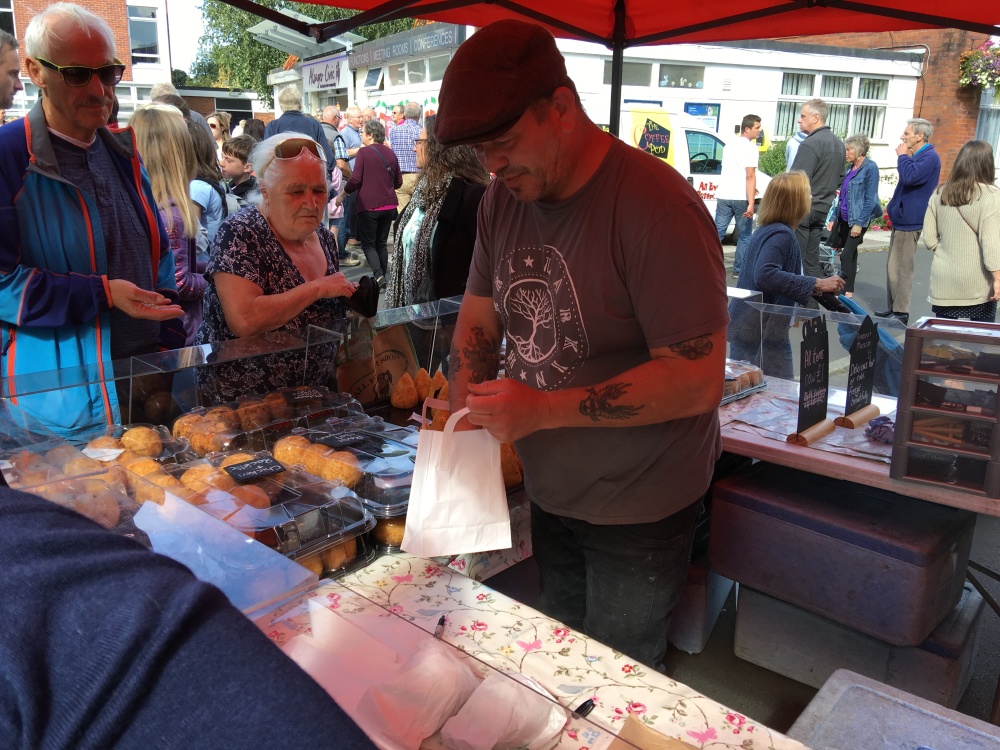 Hubby and Uncle Pasquale were very excited to eat the spit-roasted hog. They used the bin lids as a table, along with some English people: 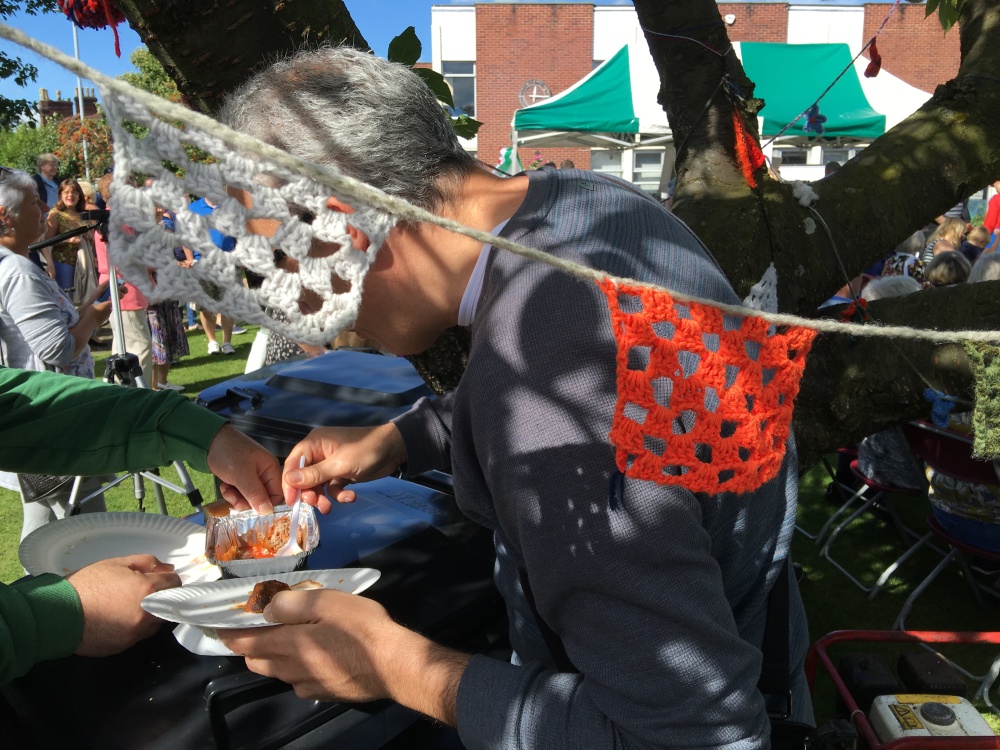 They were very proud of the fact that the English bin at the end was in pristine condition whereas the Sicilian bin was plastered in crumbs and detritus of their marvellous meal. They forced me to document it photographically, as evidence: 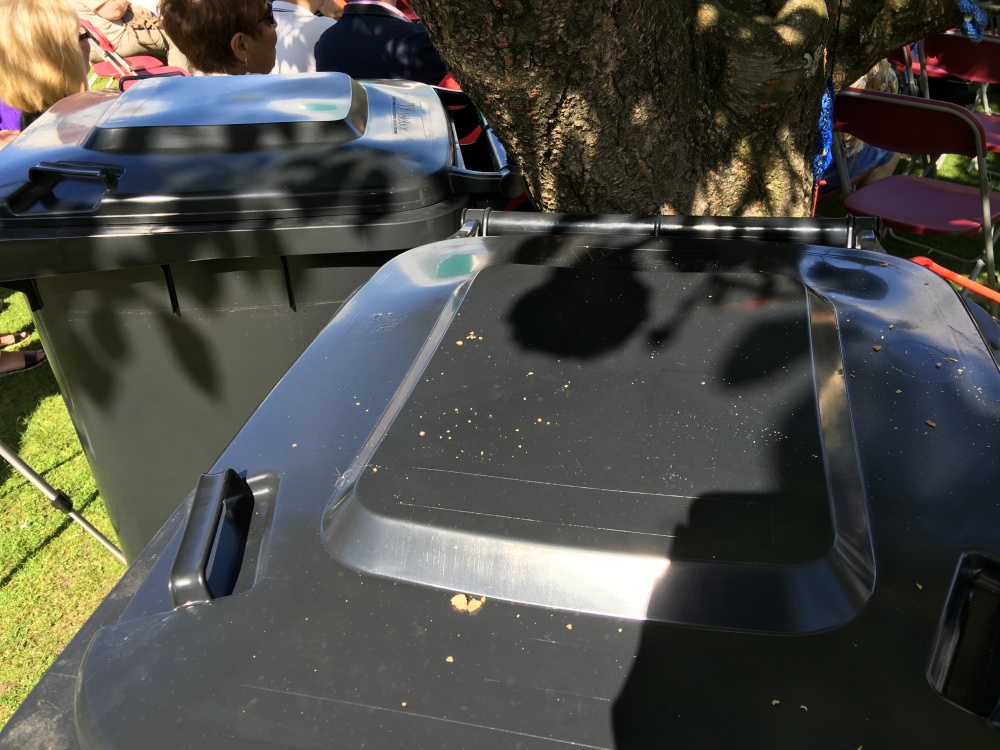 There was a roaring, aderenaline-filled drive-by of twenty Ferraris. I utterly failed to photograph them. They were too fast. I presume they were being driven by actual Italians.

I did capture the Fiats though. 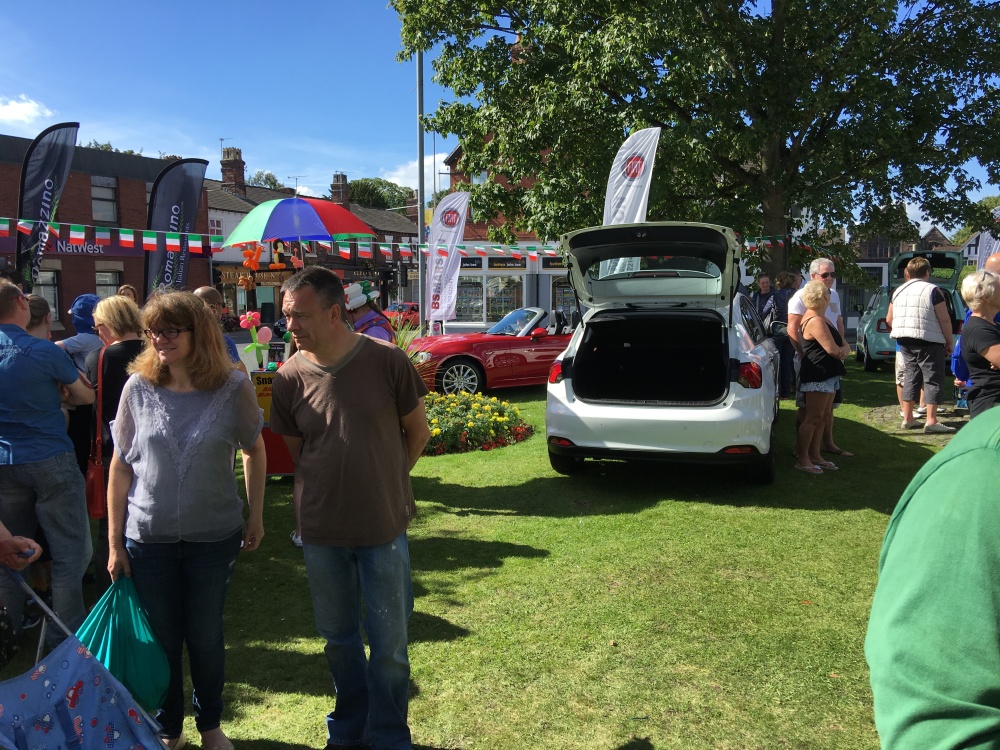 For me, the best part was the hybrid singer. When I say hybrid, I mean that he spoke English with a strong Stoke-on-Trent accent and Italian with a strong Sicilian accent. A true son of Sicilyshire, and a fabulous singer. 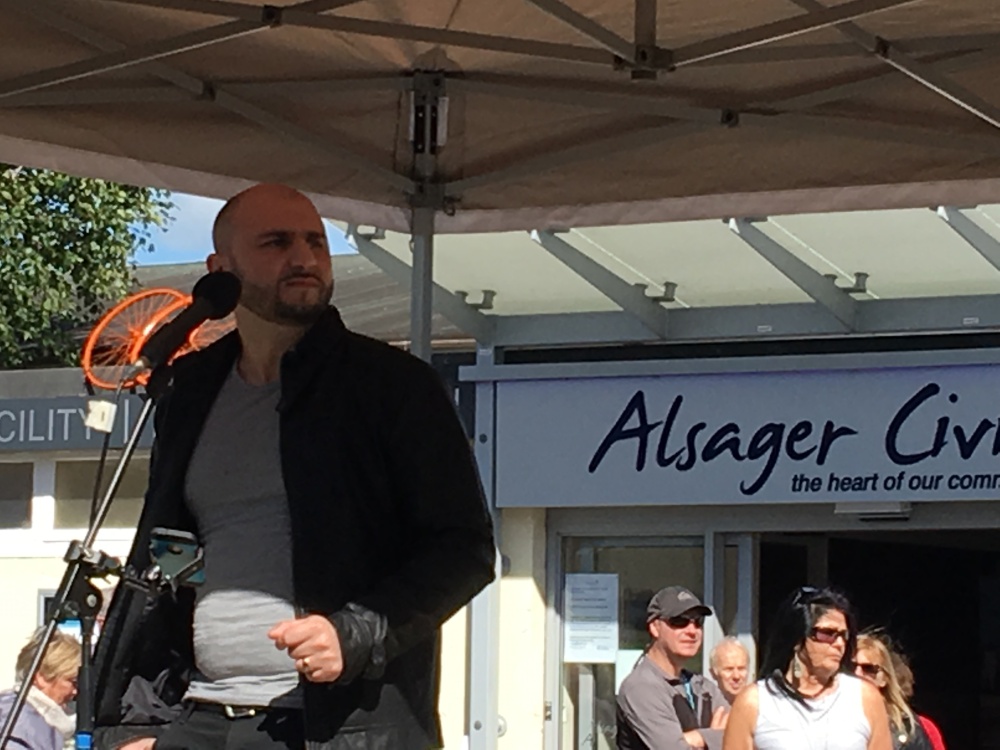 After a good old sing-song and some dancing around the village green, we were ready to roll off home.

By the time we got in, Hubby and Uncle Pasquale were teaching the kiddo new Sicilian words, singing Sicilian folk songs, and making fun of my teabag collection.

And I noticed Hubby was wearing proper shoes: 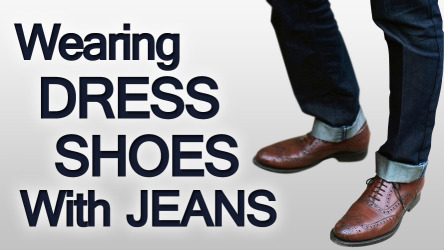 Ah! The world has been put back to normal again!