That festive time of year is approaching, when Sicilians gather for intimate family dinners of 25 to 40 people, eat more than their body weight in food, and shout to relatives at the opposite end of the table about how good the fourth pasta course tastes.

It’s also, of course, the time when we simply adore buying gifts for everyone we love. Sicily has a wealth of unique products, ranging from food to ceramics to games. Here are some ideas for a bit of Sicilian-themed Christmas shopping, based on the Twelve Days of Christmas.

On the first day of Christmas, my true love gave to me….

1 – A Sicilian Fiasconaro panettone from Castelbuono

Castelbuono is famous for a great many unique and amazing foods, including a natural candy called manna which drips from the trees. Fiasconaro Christmas panettone is one of Castelbuono’s moist and fluffy treasures. Unlike other panettone, they are made by hand and raised by “natural levitation” (I love it when Italians say that). This process doesn’t use normal yeast, and it takes 36 hours.

Shop around online, as there are lots of sites which supply their panettone and prices vary a lot.

This special edition is made with candied orange and Marsala wine, and comes with a white chocolate nativity scene inside it. I can’t really think of anything more Sicilian than this.

On the second day of Christmas…

Sicily’s majolica ceramic tradition spans the island, with each of the major ceramic centres having its own highly distinctive style. There are various good options for buying online with international shipping, and you can find anything from a small plate to an heirloom sculpture.

Try Ceramiche Sofia which ships from Sicily, or Ceramiche di Caltagirone which also ships worldwide and has a vast selection. Touch of Sicily is based in the UK and quite expensive, but you may save on postage if you are a UK resident. 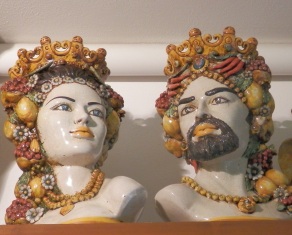 3 – A pack of Sicilian playing cards and an instruction book

In Sicilian families, Christmas wouldn’t be Christmas without the family sitting among nutshells screaming over hilarious card games, designed for the children to win pennies off their slightly tipsy uncles and grandparents.

Sicily has its own unique deck of playing cards, made by Modiano, and a wealth of games exclusive to the island. Some games are hilarious, and simple enough to be enjoyed by young children, whilst others can be quite challenging.

You can buy the book, and packs of cards by Modiano, from Amazon.uk or Amazon.com, or all other Amazon websites worldwide.

4 – A hat from La Coppola Storta

In the past, the coppola or flat cap formed part of the traditional national costume of Sicilian men, particularly the farmers. Nowadays it has been turned into a chic fashion item for men, women and children by La Coppola Storta, which produces them in a vast range of beautiful and colourful fabrics. Their website offers accessories and even a mini coppola for dogs!

Their online store does global delivery: have a look through their catalogue to shop for someone in your life who needs to look Sicilian and chic at the same time. 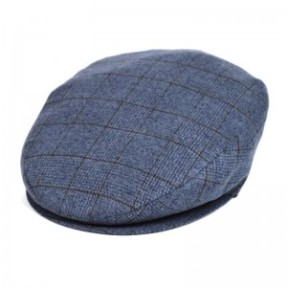 5 – A crate of Sicilian wine

A slightly harder to obtain wine, which is considered one of the poshest by many Sicilians, is Principe di Corleone. This wine, from vinyards around the province of Corleone, is nowadays claimed to be Mafia free so you can buy it without worrying that you are subsidising organised crime.

These companies have global distributors, so shop around online for the best price deal near you. 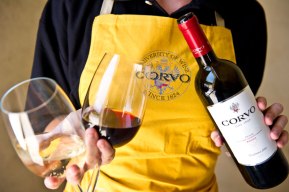 Karen La Rosa, owner of La Rosa Works, lives in New York and organises several guided tours around Sicily each year, often with highly imaginative themes and access to many places that you cannot get into unless you have connections and prior bookings.

Karen is of Sicilian heritage and shares my own passion for all aspects of Sicilian culture, history, food, landscape and above all, the people and their living traditions. I have joined Karen’s groups to do some guiding myself in the past and so I can also say that, with her groups, the other people on the trip make as much of a contribution to your enjoyment as the destination itself.

A tour around Sicily with Karen would be one of those once-in-a-lifetime unforgettable gifts.

The best way to learn Italian is the way I did, by talking to nuns at bus stops and having sexy waiters write out irregular verbs for you on paper serviettes.

If your lifestyle doesn’t allow this, and your loved one has an intermediate grounding in Italian, I recommend a subscription to Tutto Italiano magazine instead. It has varied articles about Italian culture, places and current events, and comes with a CD like a radio programme so you can enjoy that sexy accent while driving.

When Elizabeth David first wrote her book of Italian cookery, pasta was only sold by a few exotic food shops in London, and olive oil was sold in pharmacies as “earache medicine”. Published in the 1950’s by Penguin, with beautiful pen and ink illustrations by famous Sicilian artist and foodie Renato Guttuso, it became an overnight bestseller and brought authentic Italian cuisine to Britain and America.

Unlike most modern celebrity cooks, Elizabeth David recorded all her recipes with utter loyalty to the original ingredients and preparation techniques; something upon which Sicilian cooks place enormous importance.

It is not too hard to track down a second-hand original edition on Amazon or a few other websites; it would make a really unusual gift for anyone keen on cookery, Italy or art. Beware of the Penguin reprint, which doesn’t have the illustrations.

Yes, there’s a lot more this housewife has written about Sicily, that you won’t find online! My story of falling in love with the son of The Scariest Woman in Sicily and moving to a small fishing village to marry him is still making people guffaw.

It’s on Amazon.uk, Amazon.com and all their other websites worldwide.

Someone called Perdita gave it a two star review because “it wouldn’t encourage her to marry a Sicilian,” but the Sicilians themselves are giving it five stars. I think they like its highly accurate descriptions of cars made from nothing but parcel tape and rosary beads, and those family barbecues where you roast octopus over a blazing open fire on a day when it’s 39 degrees centigrade and the sun has already cauterised the follices on the top of your head.

10 – A stay in a Sicilian villa with Trip Tipp

In various parts of Sicily, you can hire villas that directly overlook the sea, so that the back garden is essentially your own private beach. You can also get really economical apartments in peaceful side streets, yet very close to the heart of Palermo and the other tourist towns, flats that come with bicycles included, and residential study holidays for singles.

The holiday rentals that you can book through Trip Tipp are all hand picked and managed by a team of Germans, who bring you the fun of Sicily coupled with really serious reliability! I know these very lovely people personally and I have been inside a lot of their gorgeous rentals, so I can recommend them with 100% confidence.

Sicilian fashion duo Dolce & Gabbana take inspiration from Sicily for at least part of their collection every season. This winter, it’s the dazzling majolica ceramics of Sicily which have inspired their “tile print” fabrics and accessories.

There are cheaper imitations of these in lots of shops, but why not buy someone you love the original and best?

You can buy direct from their website, or browse the products then shop around for discounted options online. 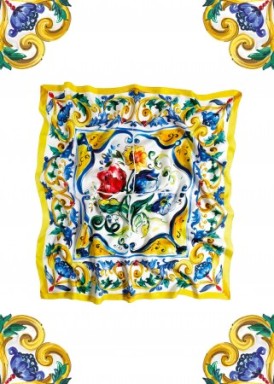 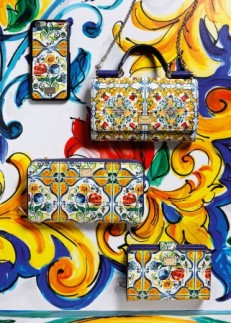 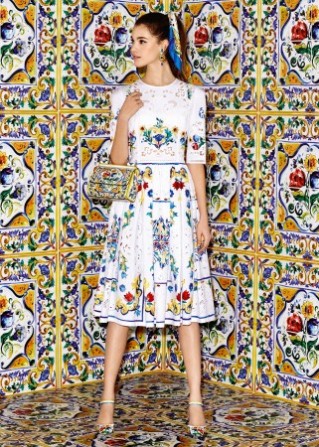 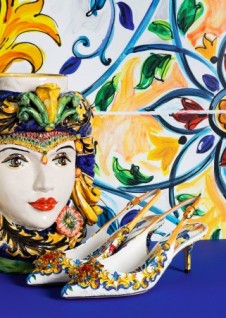 This truly lavish photo and history book is packed with images of Sicilian treasures in museums around the world, so even if you cannot manage a trip to Sicily, you may be inspired to make a few museum trips nearer home. The original Italian text is well translated and readable.

It is expensive, but an absolute work of art. You can order it from Amazon.uk or directly from the publisher’s website in the USA.