Scala dei Turchi, which means the “Turkish staircase”, is on Sicily’s southern Realmonte coast in the Provincia di Agrigento. 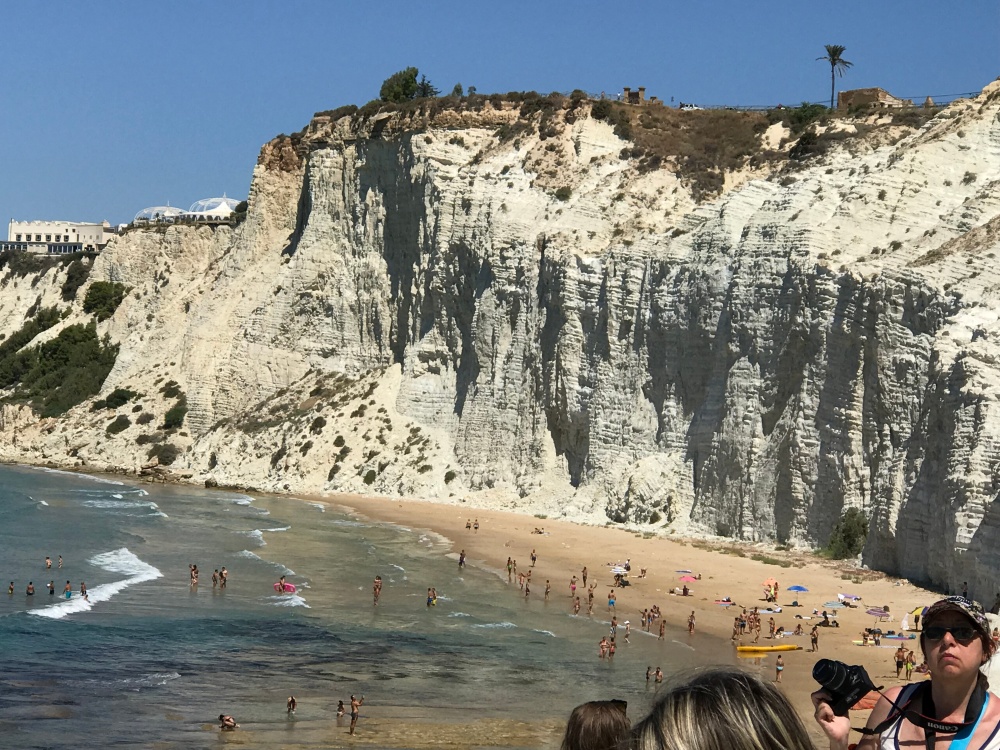 The Sicilians are a bit sketchy about foreign nationalities. The place used to see lots of pirate raids from North Africa, and since Arabs, Moroccans, Tunisians and other foreigners are basically the same thing, the Turks got the blame. 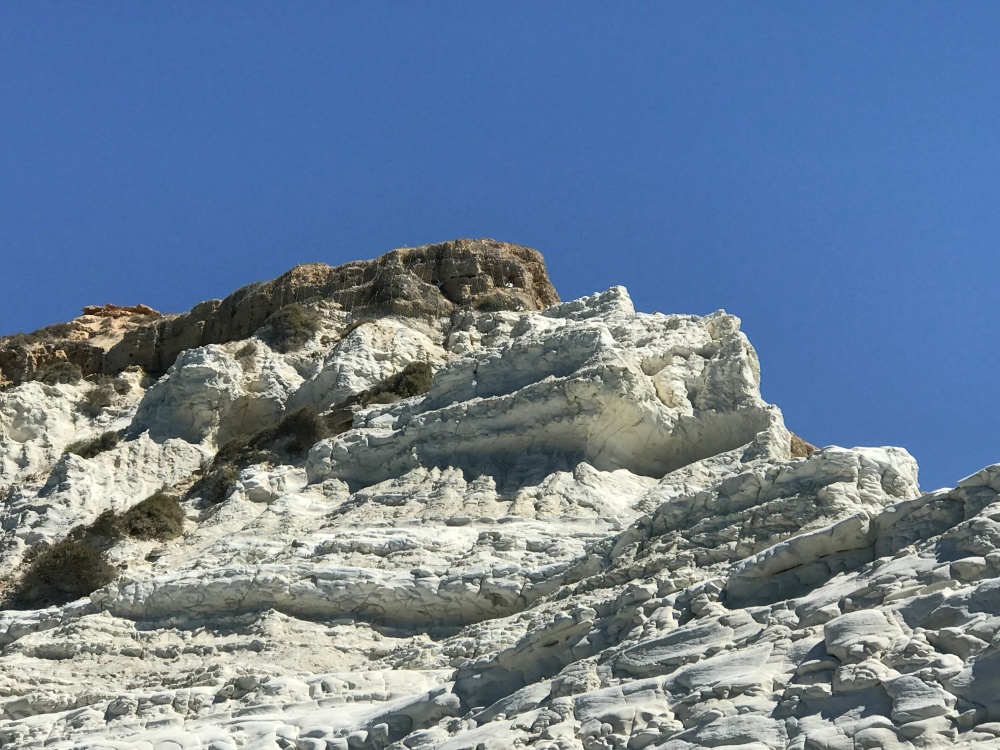 The slopes are steeper than they look in photos and it’s not very easy to walk up it. You’re best off with trainers rather than flip flops if you want to avoid a nasty slip and a jarred backside. 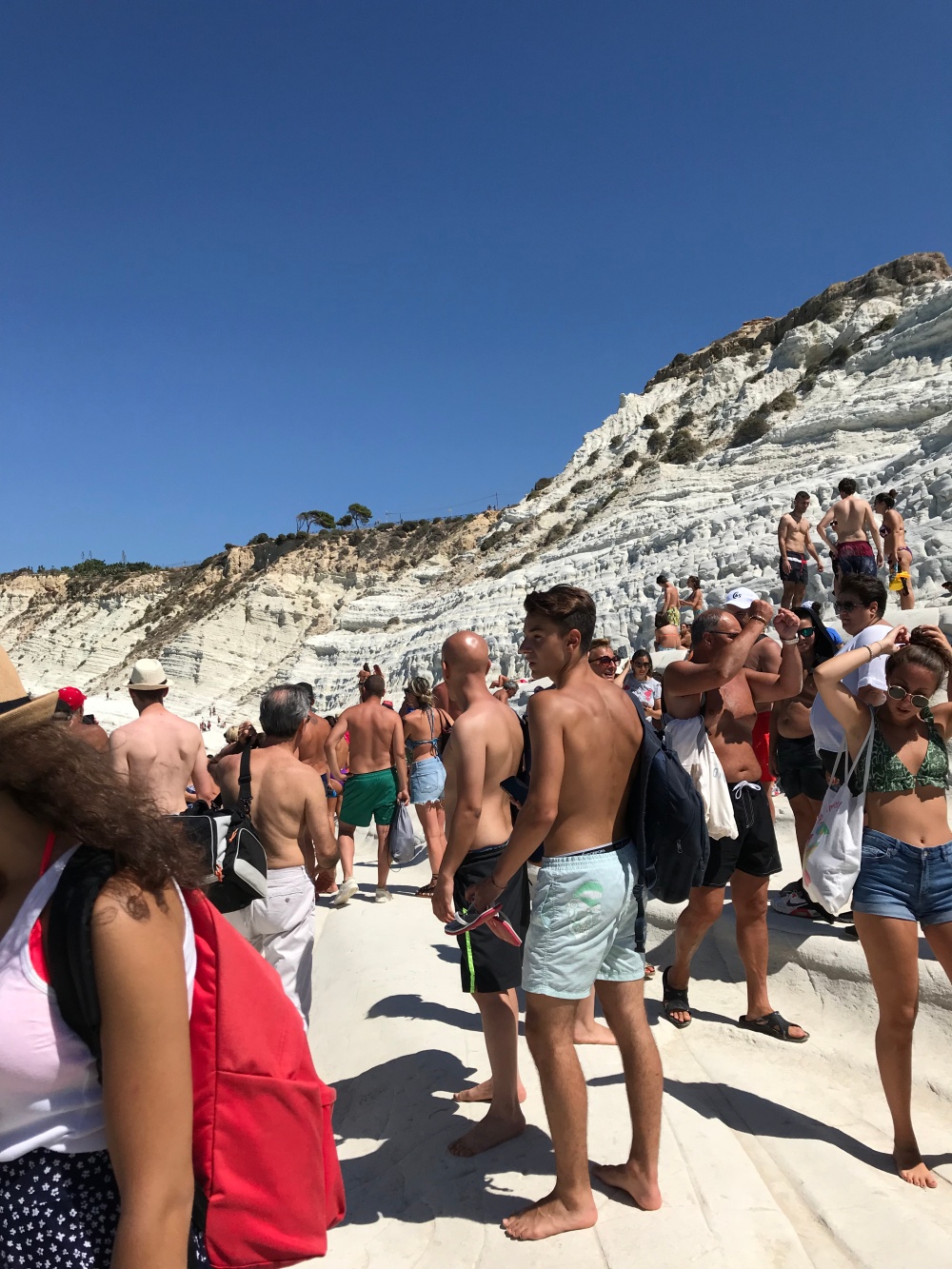 It became famous because of Inspector Montalbano, a fictitious Sicilian detective who lives nearby. (Or rather, doesn’t. You know what I mean.)

I shall never forgive Montalbano because the place is literally swarming with tourists, some of whom are deeply irritating. 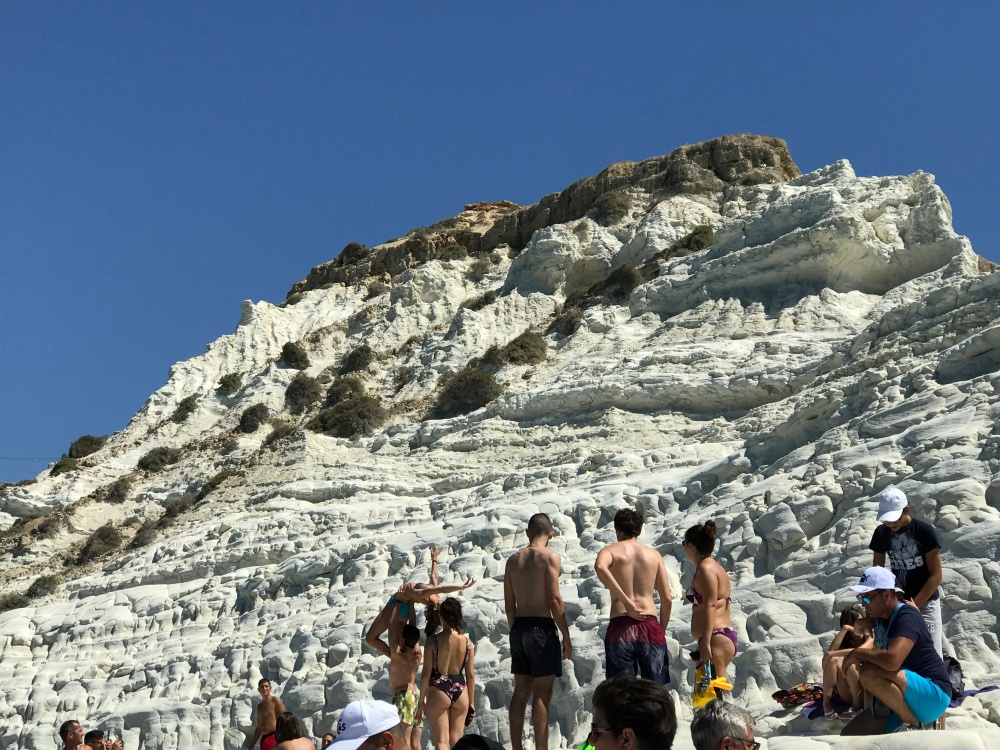 The deeply irritating ones are all bikini models on Instagram, and have their boyfriend (who presumably is a soldier in Call of Duty) take 14,783 photos of them while they drape themselves in their bikini over the pathway that you need to walk over to get to the beach and see the view. They twist and flick their hair around while devotedly sucking their tummy in, pretending they can’t see you waiting.

Once you get past them the view is marvellous, though. 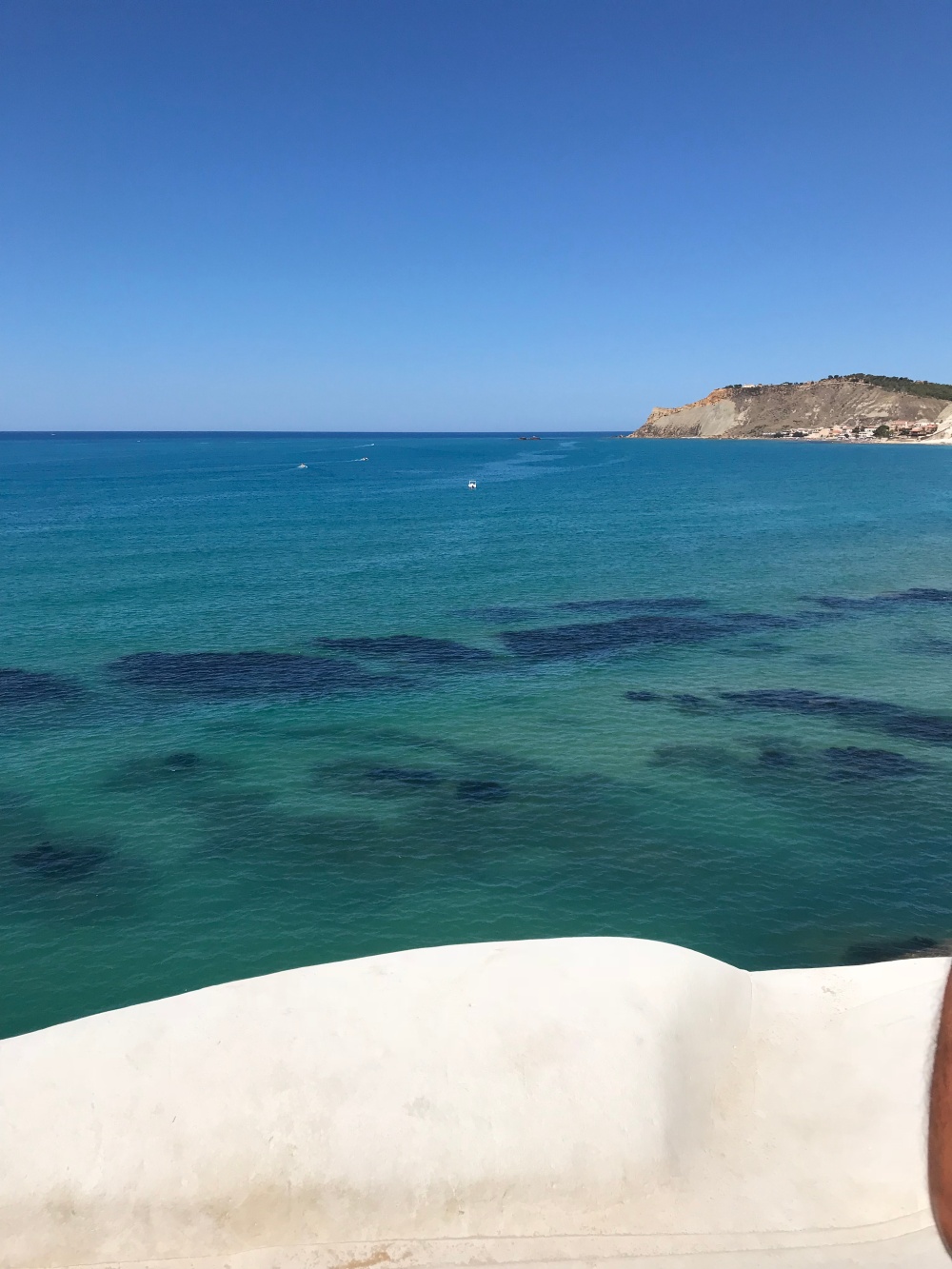 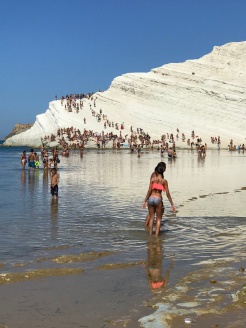 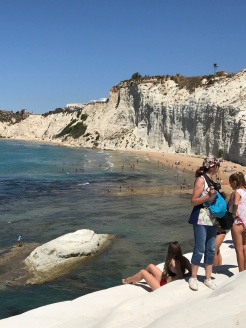 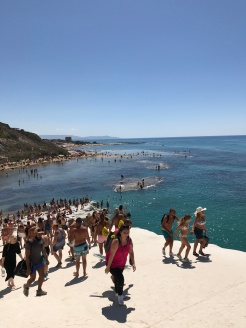 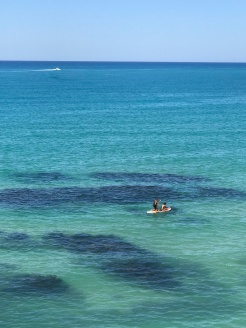 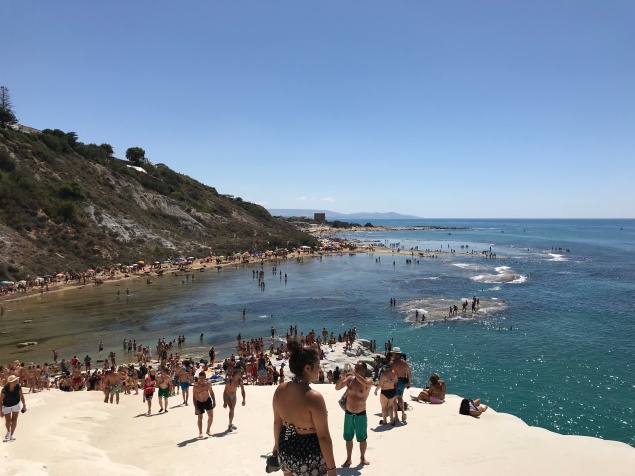 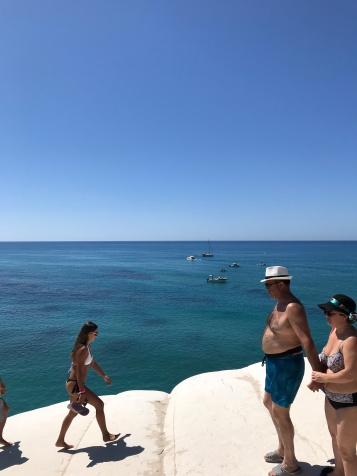 The white stuff looks like chalk, doesn’t it? Actually it’s a mix of chalk and clay called marl (marna in Italian), and the locals smear it all over their bodies and faces to make their skin soft. If you rub the “rocks” on the beach hard, it just starts going gooey and comes off. 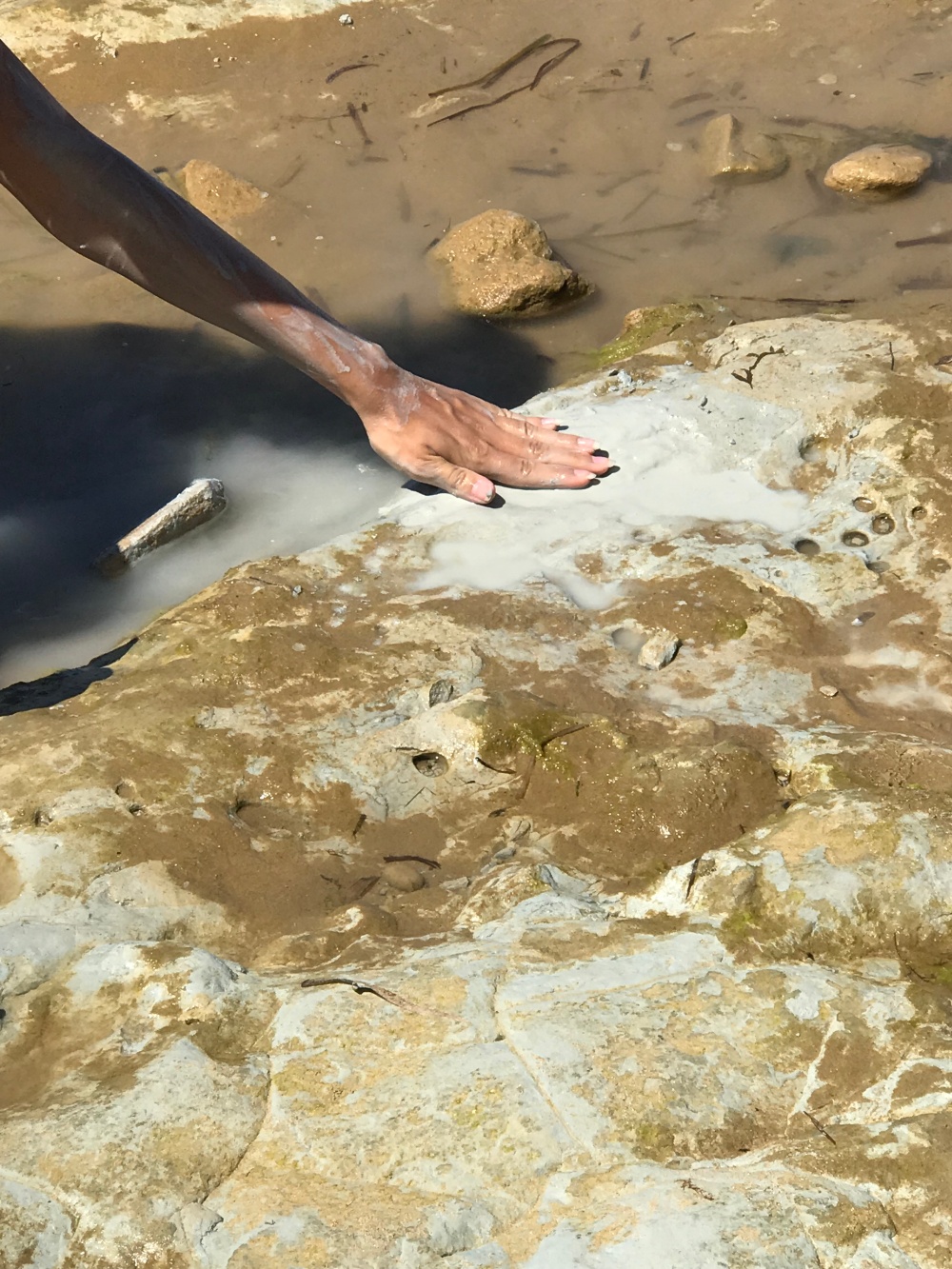 If you do visit, which I strongly recommend, I would suggest going outside the peak summer months. I am told the number of less-than-perfect bikini models, pouting till their cheeks hurt for the umpteenth photo, plummets when they all have to go back to their real work! 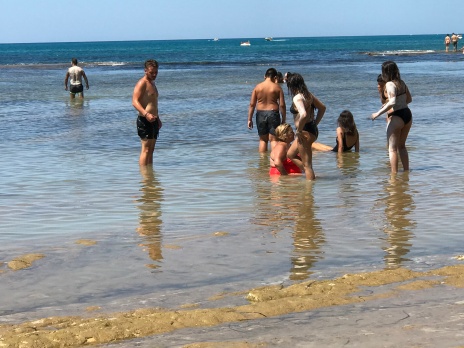 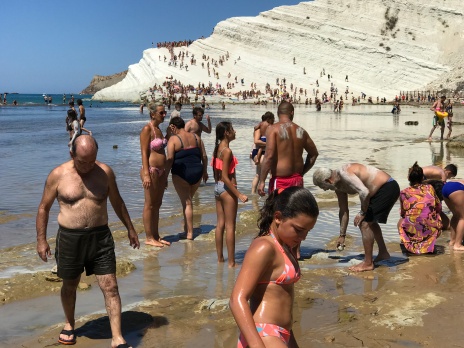 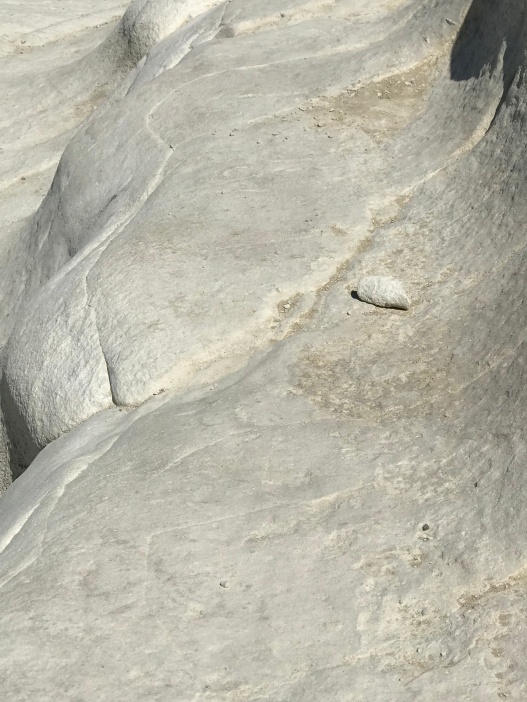 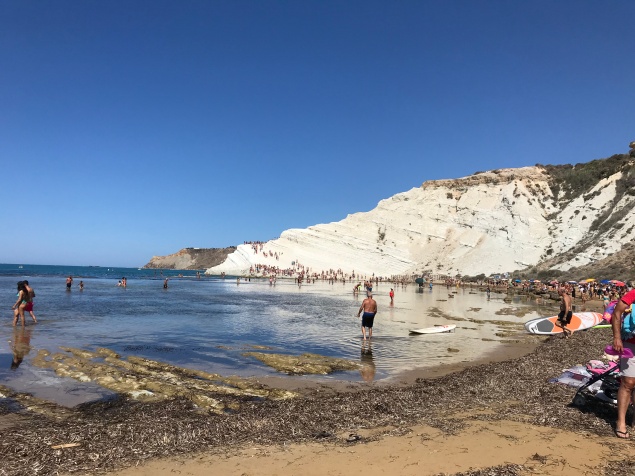 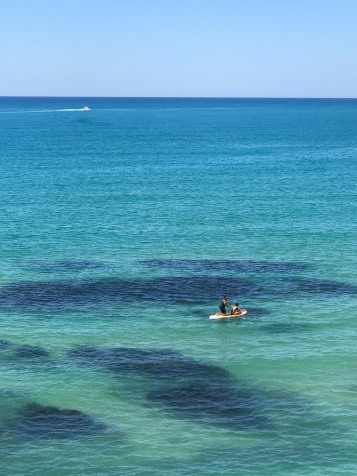