Most cultures have a puppet tradition, and the International Museum of Puppets in Palermo probably has a few examples of them all. 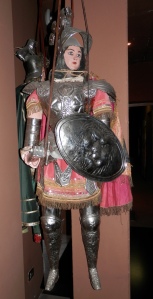 It houses a truly marvellous collection. I loved their South East Asian section and the beautiful collection from Japan. Their African collection was evocative and haunting. I was highly excited by their Punch and Judy set. They even have a crocodile with a clacking wooden mouth and a string of sausages.

The museum lady didn’t know how to play with it properly, and my son had never even heard of Punch and Judy, so I showed them. Any tourists who go there following my visit will now be able to hear the museum lady saying “Zat’s ze way to do it!” through clenched teeth.

These are the Sicilian puppets I photographed there. You are not actually supposed to take photos, but after playing with a Punch and Judy set together, me and the museum lady were friends. 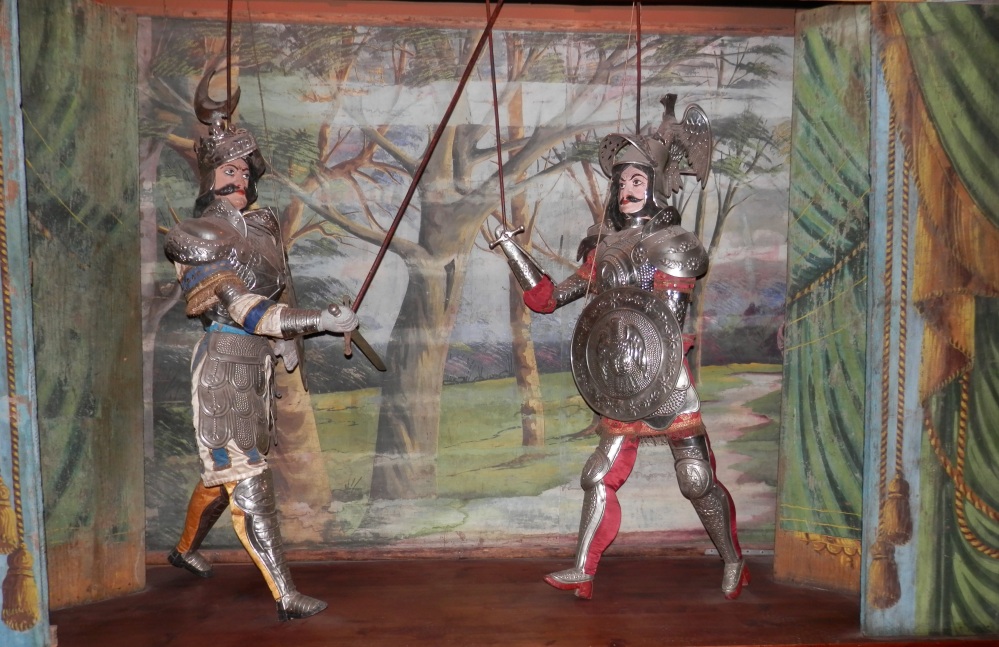 Sicilian puppet shows tell the story of the Emperor Charlemagne  and his endless wars. This period of early Medieval history is a major theme in Sicilian popular art, as it is also featured on the wonderful Carri Siciliani and the amazing fruit, sweet and nut stalls which tour Sicily, appearing at village festivals, carnivals and Christmas.

The Sicilian soldier puppets are called Paladins and they are dressed in historically accurate armour. Some are Christians and some, in turbans, are Moors. They must be heavy to hold and operate, as they are made of wood and metal and they are about the size of seven or eight year old children. Apart from the soldiers, there are Charlemagne and his queen, ordinary citizens and troupes of horses. A dragon may also appear from time to time.

The Paladins have loud sword fights and the puppeteers are very skilled, as their fights involve rapid and complex movements and sometimes feature large numbers of puppets on stage at the same time. The puppets even have arms and legs which come off in battle

The puppet shows are highly entertaining and the dialogue, normally in Sicilian, provokes endless shrieks of laughter from all the children.

This is what produced shrieks of laughter from me, though: my sister, using her mother-of-pearl bracelet to do her own version of a scene from a Sicilian puppet show. 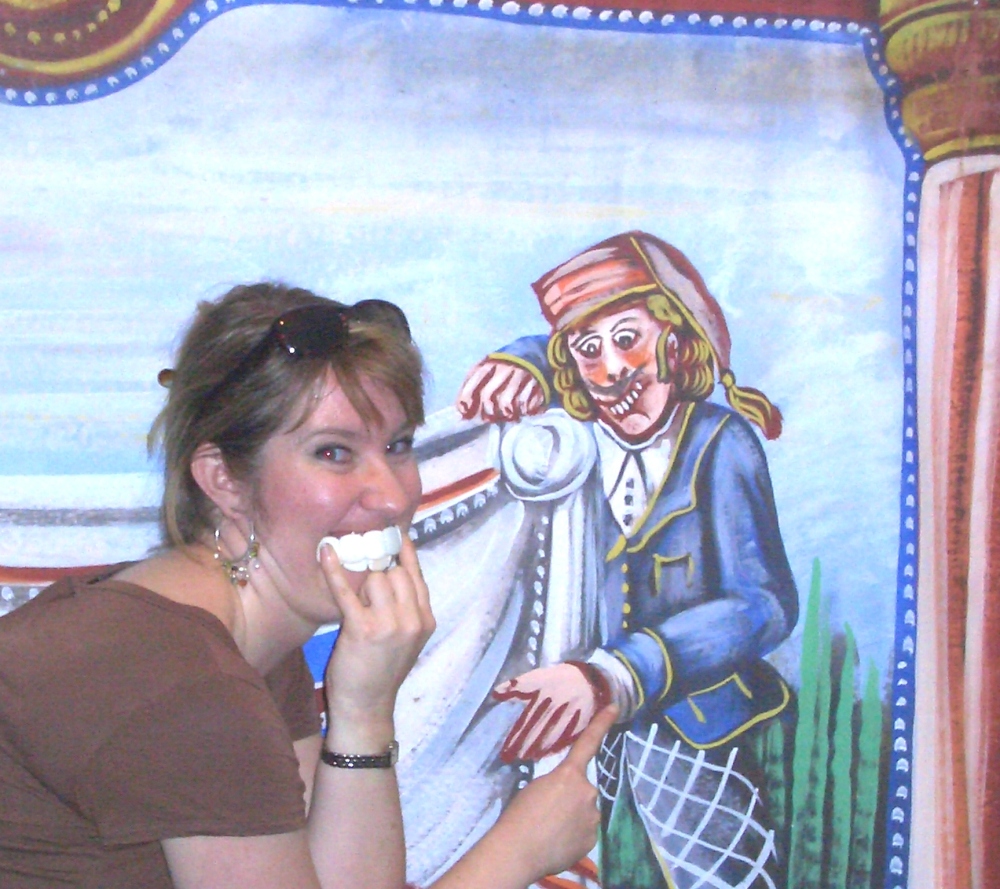