“Mummy, why are the baddies English?” my son asked me last week. He was watching “Rio”, a cartoon film about parrots in which the bad parrot, from the Brazilian jungle, inexplicably talks with a very posh English accent.

“Well, it’s just one silly cartoon,” I reassured him.

Then he listed all the English baddies he knew in cartoons: Tai Lung in Kung Fu Panda; Jaffar in Aladdin; various baddies in episodes of the Simpsons and Gumball; Scar in the Lion King; and others which I don’t even remember now.

“How can Scar be English and Mufasa be American if they are brothers?” he asked me. “And why is Jaffar English? I thought they were supposed to be Arabians.”

I didn’t go into the fact that it’s not very strange, it’s very racist.

Sadly for my son, he scores the American racist double whammy. He is half English and half Sicilian.

Can you think of any film or television show at all where there were Sicilians are portrayed as law-abiding, kind Christians with strong family values, some mouthwatering family recipes, a great sense of hospitality, and pride in their ancient and seminal culture? I can’t.

I can think of dozens and dozens, however, where Sicilians are the baddies, always part of a huge family with no morals, which has commited atrocious murders for generations.

Of course The Godfather is the kingpin of them all. It stars German-American actor Marlon Brandt, who chose the vaguely Italianate-sounding stage name Brando. It was written and produced by Mario Puzo and Francis Ford Coppola, Americans of Italian ancestry who had no connection with Sicily.

The films portray Sicilians in both America and Sicily as a pack of criminals. And they have never been portrayed any differently ever since.

The Sopranos is the latest in this long line of anti-Sicilian garbage. The man behind this is David Chase, who claims to be Italian American… not Sicilian American. And he can only get away with calling himself “part Italian” at best, since last time I checked, nobody in Italy has the surname Chase. Sicilians suffer enough hatred from mainland Italians at home. It’s a real shame the nonsense continues across the Atlantic. 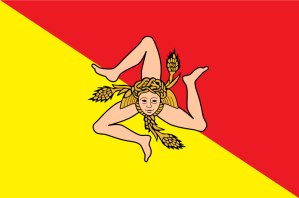 One could claim that this is only entertainment and, in reality, the Americans know it is merely fiction. But this ain’t so.

Try going anywhere in Europe or America or, actually, anywhere in the world, and telling them your husband is from Sicily.

“Oh, is he in the Mafia?” they ask, as if it were not an insult. As if it were an acceptable thing to say. As if asking a stranger whether their husband is a murderer is normal behaviour.

A friend of mine from Palermo went to Palestine and was surrounded by people saying “Oh wow, Sicily, that must be so dangerous. How do you cope with living there?” 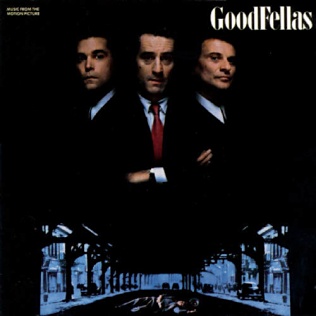 And let’s go back to the British thing, shall we? Do you think I am exaggerating the anti-British sentiment that wafts across the Atlantic?

You can read one list here about how Barack Obama has insulted the British (Oh! Let me count the ways!) and another here. He supports Argentina in their unjustified desire to take control of the Falkland islands and their British residents. He threw out a statue of Winston Churchill from the White house which had been a gift. He downgraded Britan from “our number one ally” to not being mentioned at all in the list of American allies on the official US foreign office website.

There’s no getting away from it: America’s leader hates the British.

“So what?” I hear some Americans say. “Britain is a has-been nation and Sicily is just a tiny island.”

If Sicily is so unimportant, why do the Americans want so many MASSIVE military bases here? The civil movement against this, and particularly the MUOS base, is so strong that the Sicilian regional government may tell the Americans to go away in the future.

And if Britain is just a has-been nation, why does America send envoys over to grovel every time we think about reducing our military spending? Could it be because Britain is the second largest contributor of military resources to the United Nations? Might it be connected with the fact Britain followed the US into Iraq and Afghanistan even without UN approval?

So far, these old allies of America are still hoping to be friends. They hope this is just a bad patch and that the racist brainwashing of the younger generation of Americans is just a brief, unpleasant phase.

But don’t push it. When big bully America REALLY upsets other countries, sometimes they fight back.

I don’t suppose the Sicilians or British will do anything like that any time soon, of course. Like I said, all that stuff about the Sicilians being Mafiosi and mass murderers is basically fiction.

But look out for those North Koreans. I think that movie “Olympus Has Fallen” was a big mistake. Naturally, I enjoyed seeing a film where the baddies weren’t English or Sicilian, for once.

But I wonder how the Koreans felt? 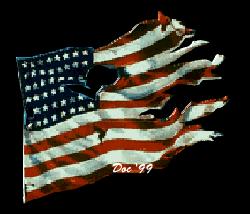