British Prime Minister David Cameron was on TV recently, telling the EU they cannot have the extra 1.7 billion pounds they are asking Britain to donate by 1st December this year. Whilst he didn’t exactly give them the hand-bagging Margaret Thatcher would have, he did seem very cheesed off indeed.

Nigel Farage of the UK Independence Party – Britain’s Eurosceptics – said afterwards that he’s sure Cameron will pay up, because basically he has no choice. I am inclined to agree, because although Cameron sometimes tries to talk tough, Thatcher he ain’t.

What do the EU want to spend this money on?

Well, Sicily is a constant receiver, rather than a contributor, of EU money. Lots of it is stolen by the Mafia, but even the local governments waste it in ways that outraged British taxpayers just cannot imagine.

Let me give you an example from right here in my own town. I drive past it when I take my son to school and, as a former and still occasional business strategist, let me tell you it stabs me like a thorn in my side, each and every day. 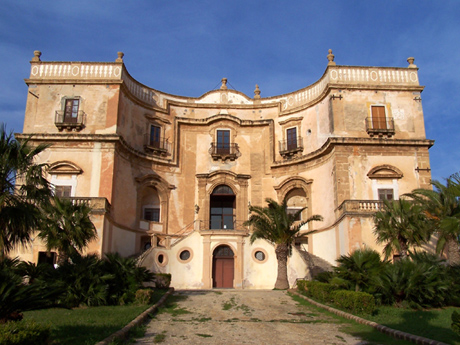 This is called Villa Cattolica and it is is owned by Bagheria Council.

Inside is the Renato Guttuso Museum, dedicated to Sicily’s most famous artist, with a collection of his paintings and sketches, and art by various other Sicilian painters of the 19th century.

As if this were not enough to rake the visitors in, the ground floor contains a collection of historical Sicilian carretti, or horse-drawn carriages.

You might think this museum would be thronging with visitors and a little gold mine for the council of Bagheria, right?

Oh no! I have it on good authority that they are losing 380 thousand Euros a year of EU money. How do they manage that, I hear you ask?

Are you getting the idea? Last time I went there, there were only four other people. The four people who work at reception, selling tickets, do NOT want to be disturbed by anyone actually coming to the museum and making them work for their generous EU salary!!! Oh no! So they keep the place secret.

This place is exactly 12 minutes by train from Palermo Central station, followed by a 5 minute walk. If they didn’t take such extreme precautions, it could easily be swarming with customers.

They did receive a large amount of EU money to create a museum website, by the way, but they paid that to their friends, who forgot to make one.

When you get inside, you see that the exhibits are coated in a thick layer of dust, several pictures are hanging squiffy, and there are no labels in any language telling you about any of the exhibits. Nobody opens the wooden shutters on the ground floor, and it has subtle disco lighting, so you have to look at the Sicilian carriages by the LED torch light on your cell phone and regularly rush back to the reception area to gulp some oxygen when you need it.

Now, in real art galleries, in real places, they have a shop.

Here’s a picture of the Tate Gallery shop in London, full of people happily spending their money on art books, reproductions of their favourite pictures to hang in their houses, and souvenir mugs: 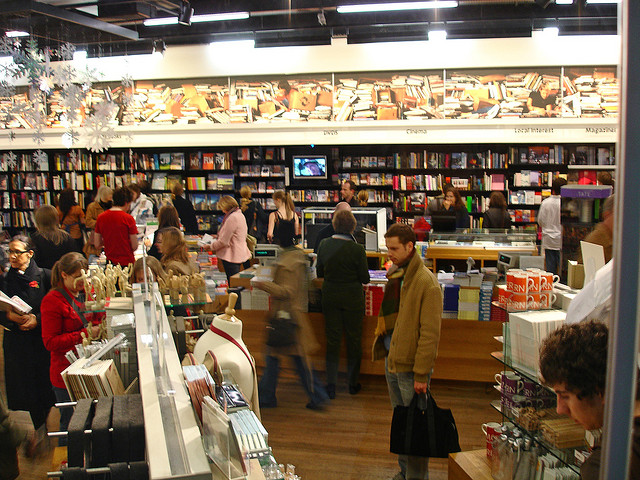 I’d love to show you a similar picture of a smaller shop in the Renato Guttuso Museum, but there wasn’t one. I did find out, after my visit, that the art books stored inaccessibly behind the ticket desk, were actually on sale to the public. I am not sure how I was supposed to get a look at them, though, when they were guarded by two frowning men and a grumpy lady who all declined eye contact. I bet they have been there for years, as all their covers were curly from the damp. The books weren’t looking too great, either.

Another way that art galleries everywhere else in the world make themselves financially self sufficient, or even profitable, is by having a museum cafe. Staring at pictures lovely enough to make your jaw drop open can be thirsty work.

I still fondly remember boosting the coffers of the Metropolitan Museum of Art, in New York, by enjoying the most expensive cup of tea of my life here:

They may not have such a grand setting, but don’t you think this almost empty gallery in Villa Cattolica, with a long glass wall opening out onto lush gardens, would be a great place for some Sicilian cakes and a top quality cappucino? Or maybe some freshly squeezed Sicilian orange juice in the heat of the summer?

When we get to the top floor, the confusion continues.

The photos are wonderful, and the views are breathtaking, but the galleries were all empty in the middle. You could have got twice as much stuff in there. You could have got an art class in there, paying handsomely for help with their still lifes or their watercolour landscapes. You could have created a little cinema to screen Giuseppe Tornatore’s films. You could have got a craft shop up there too, full of ceramics and paintings and jewellery and glasswork by the many immensely talented local artists and artisans. 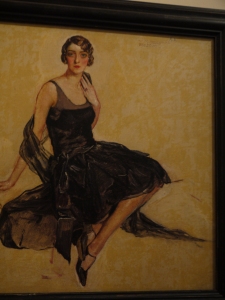 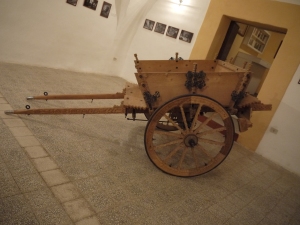 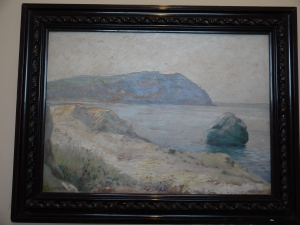 Not if you’re the current management of the museum, though. Instead, what you leave in there is lots of filthy patches on the floor and industrial quantities of dust in the corners.

But don’t send any of the staff up there to ensure museum security! Oh no, in this museum you can take any exhibit home, so long as you have a big enough handbag to stuff it in.

I am told they have had a lot of thefts already, but most people suspect the museum staff.

You may still wonder how they manage to get rid of so much money each year. Well, they regularly produce monstrously large catalogues of the museum’s entire collection, in multiple languages. They are supposed to be sold, but actually hardly any copies ever get printed. The money all goes to the museum director’s friends and relatives. I have heard claims they pay thousands and thousands of euros to their friends for translations, some of which I have personally seen and which were in the inimitable literary style of Google Translate…. which, as we all know, is free.

They also send the staff on costly training courses – or so they claim – enabling them to provide guided tours of the museum. Of course they do not reveal to museum visitors that guided tours are available, since that would risk having to get off their bums and do some work.

So there you have it. How to steal whoppingly enormous amounts of EU money and achieve no economic development whatsoever, not provide any jobs for local cooks or waiters or artists, not give work to translators who actually can speak more than one language, not give work to any local website developer, and not help the local hotels or restaurants or shops by attracting tourists to the area.

Latest I’ve heard is that the building is falling down due to lack of simple maintenance work, and will need six months of structural repairs, necessitating its closure. I wonder how much money David Cameron will be sending over to pay for that? And how many builders will sit about for half a year on the site, getting paid for doing naff all? No doubt there will also be consultancy fees paid to lots of “experts” who will do nothing.

And I predict they will eventually organise a grand gala re-opening, with champagne and a buffet, no expense spared, which members of the public will not attend as nobody will tell them about it. 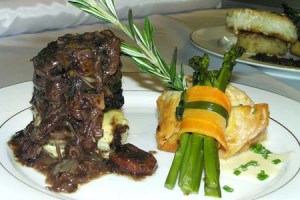 And then the museum will go back to receiving six visitors a day, who wander around wondering what all the exhibits are, and asking themselves if the building really has just been restored, because it doesn’t look like it.

If you read this report on Sicilian Economic development by the pen pushers in Brussels, you will realise they have completely missed the point, they live in cloud cuckoo land, and they don’t give a stuff about all the wasted money. Of course they don’t! They are spongers themselves.

They just write reports about it, like this one, saying the EU wastes 120 billion Euros a year because of corruption. This summary explains how it works in Eastern Europe, another black hole for EU money.

Do they do anything about it? I have personally sent them reports, via the relevant website, about misuse of EU funds. They just ignored them. Just try finding that website online, by the way, if you don’t happen to know that the EU anti fraud office goes by the name of OLAF.

The OLAF website proudly boasts that, since 1999, they have recovered 1.1 billion euros of misused funds. Yet by their own admission, in that same time period, the EU has LOST 1,800 billion euros.

For anyone who feels like visiting the Renato Guttuso Museum in Villa Cattolica, Bagheria, here are the details:

The address is Via Rammacca, 9  (This is the state road SS113 which runs along the north coast of Sicily, connecting Messina to Trapani and passing by Palermo)

From Palermo Stazione Centrale take a train to Bagheria, which takes 12 minutes. When you leave the station, turn right and walk till you reach the level crossing. Cross over the tracks at the crossing, then turn left into Via Ramacca. The museum will be on your right.
It is a 5 minute walk and there are several good restaurants and cafés on the way.

If you have time after the museum, go back to the level crossing and walk straight down the hill to the sea. Follow the road into the picturesque fishing village of Aspra and ask for directions to the local church: its interior is decorated with murals entirely painted by Renato Guttuso.