I took my son to a special exhibition of minerals owned by a private collector recently. He said this one looked just like Superman’s home, so it must be kryptonite:

I was inclined to agree, but actually the label said it’s a kind of quartz.

Sicily has a stunningly amazing range of mineral deposits. It was at the bottom of the sea for a few million years and it also happens to be on the corner of three tectonic plates. That’s why we get earthquakes sometimes. It’s also why we have Etna, Europe’s largest live volcano, and Vulcano, Europe’s second largest live volcano.

I wish I could remember what this is: 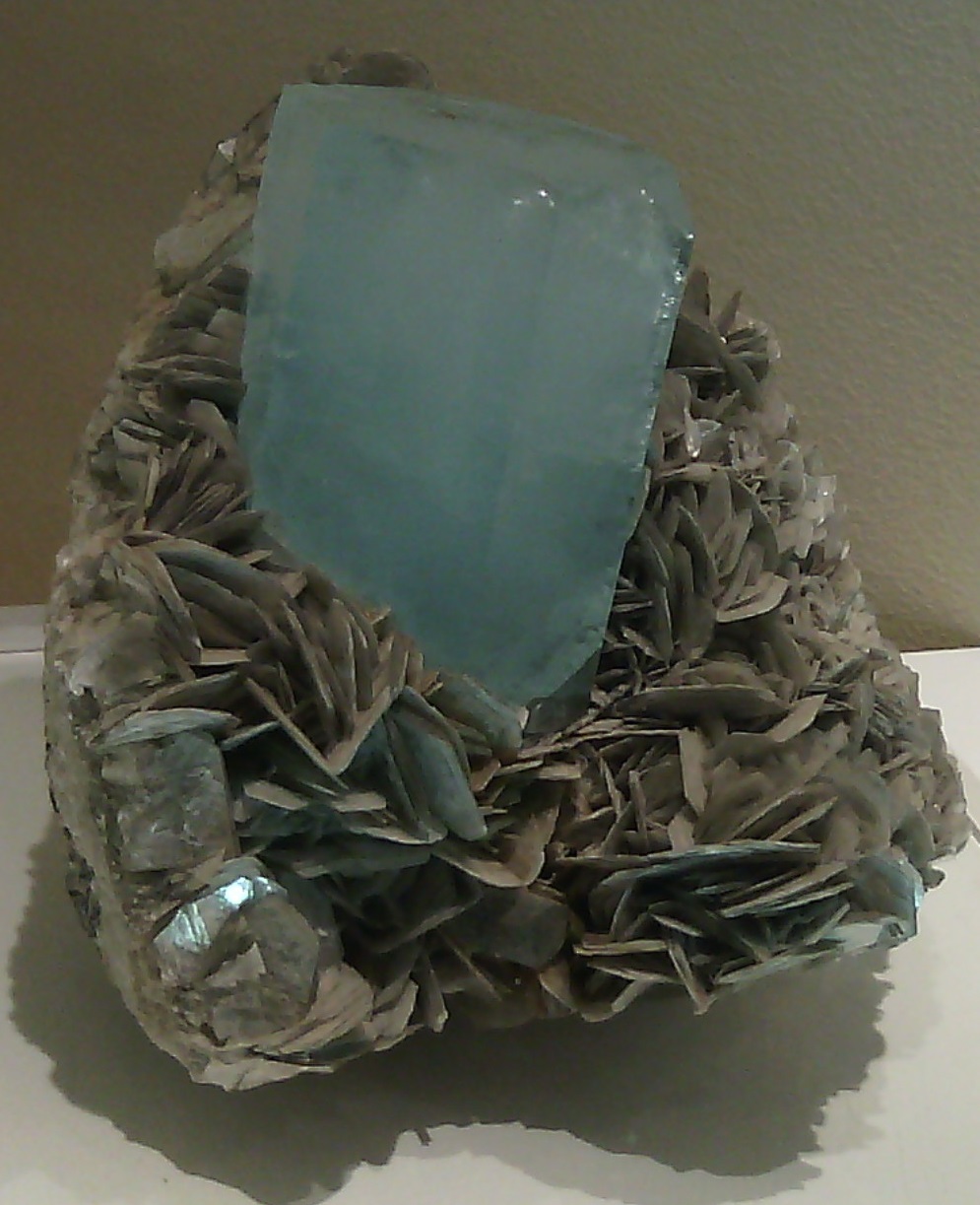 This one is sulphur, mined in Sicily from Roman times until the 1980’s. 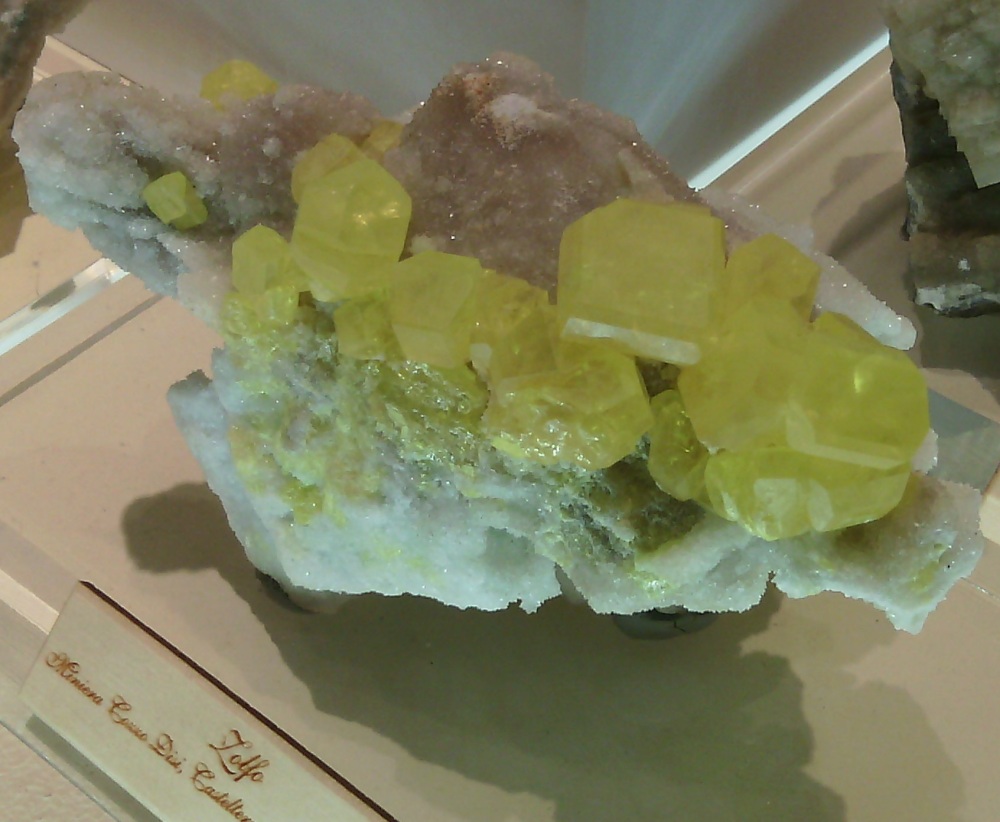 This is called chryscolla, which is a type of copper silicate. Sometimes it is found in lumps with stripes of green and blue.

There are lots of important geologists and mineralogists in Sicily. The collection we visited had examples from all over the world.

I think this looks like a Muppet with its mouth wide open. It’s strange that those fluffy balls in its mouth are hard and spiky. It’s called Okenite and this particular specimen was found in India.

Go and Google “okenite” to see the most adorable load of stones you’ll ever lay eyes on. One this big and perfect would set you back a few thousand dollars.

This is a fire opal from Ethiopia. It looked just like melting liquid at the centre with tiny flashes of green. This specimen was about nine or ten inches across and my mind boggled to think how much it must be worth.

Meanwhile my little superman and his friend were much more impressed with the giant quartz crystals. Sorry, I meant Kryptonite again. It weakened them so much they could hardly stand up!