Delicious juicy oranges and succulent lemons are one of the first things that spring to mind when most people think  of Sicily. The other, unfortunately, is the Mafia, but few outsiders realise how closely they are connected.

Citrus fruit trees were brought to Sicily by the Muslim invaders from North Africa in the 11th century A.D. These species are indigenous to the Far East, but were already well-established in the Middle East and, from there, taken to North Africa. Skilled irrigation experts, the North Africans created gardens of citrus trees throughout Sicily with underground tunnels called Qanats to collect every available drop of water and irrigate the trees in the driest season.

The qanats form a network that spans the entire Palermo area and some of the surrounding towns. It is possible to duck into one in a remote farm and emerge, with soggy trouser legs, in the heart of Palermo. Partly for this reason, the Mafia decided they wanted to be the owners of all the lovely villas on the citrus farms in the bay of Palermo. What better way to escape from the police when they come to arrest you than by vanishing in a hole in the earth?

Lemon trees grow like weeds in Sicily’s volcanic soil and blazing sunshine. They produce fruit all year round with very little care indeed. Throughout the year, the lemon trees are adorned with sweet-scented blossom and little green fruits and larger, yellow ones ready to pick.

The only time they struggle is July and August, when the scarcity of water makes the fruits dry and hard and you need several of them to dress a salad: in winter they are often so big and juicy you can make a jug of lemonade with a single fruit.

The various species of oranges, clementines and mandarins are a little more delicate and only produce fruit in winter, from December to early March.

The whole bay of Palermo used to be called the Conca d’Oro, the “Shell of Gold”, either because it glittered in the sunshine with all its glowing citrus fruits or because of the immense wealth they brought to Sicily. In the 17th century, Palermo’s land-owning barons sold their fruits to all the north European exploring and trading ships that passed through the Mediterranean to stock up with scurvy protection before their long trips. Citrus fruits can last many weeks without refrigeration if they are stored correctly.

Despite their laziness and their bumbling, old fashioned farming methods, the barons became immensely wealthy and used their money to fill Palermo and nearby Bagheria with their vast villas and gardens.

Over a couple of centuries, the Sicilian citrus farms gradually modernised and evolved into a multi-national industry, selling fresh fruits and juices.

The EU decided to control supply and demand of European food production with its mad Common Agricultural Policy. Put very simply, the EU pays subsidies to Sicilian citrus farmers to NOT produce the fruit. The subsidies were higher than the amount they could earn by harvesting fruit and then selling it at prices which the EU imposed.

Getting paid to do no work is of course, for the Mafia, an offer they can’t refuse. Getting EU grants and funding is now definitively the core business of the Sicilian Mafia. They make more from it than trafficking drugs and illegal weapons, their other two main businesses. 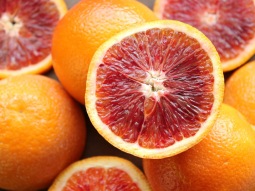 So, in the 1980’s, the Mafia decided to butt in. Citrus fruits are now a real hot potato here, since the Mafia took over the industry. The old citrus orchards in the bay of Palermo still had all their underground irrigation tunnels which the Mafia bosses wanted access to. They also wanted the massive EU subsidies. They weren’t interested in actually growing citrus fruits, and they ran the industry into the ground. At the central fruit markets they decided who could buy and sell, at what price, and to whom.

Many farmers who still had a citrus orchard chose to burn it down and switch to olive production. With the Mafia fixing the prices and anyone not part of their organisation excluded from selling, it became a dangerous business.

The EU Common Agricultural Policy is, of course, pure communist economics. During the Cold War, one of the reasons touted in private government offices for the deliberate accumulation of food mountains, wine lakes, milk lakes, butter mountains, and all the other names journalists invented for masses of food reserves, was that the USSR was so agriculturally inefficient they would eventually face famine and then they would invade the economically free West. Therefore it made sense to have food to give them, to keep them at home on their freezing Commy Gulags.

Western Europe was running a communist agricultural economy to protect itself from Communist invasion! The irony is, apparently, lost on most people. The double irony was that this system was constructed under our noses by non-elected EU civil servants, while our democratically elected governments were investing billions in weaponry to defend us from the threat of communist Russia.

Now I need a nice glass of fresh orange juice to get me in a better mood!

Istanbul, the misty city of mosques, bazaars, and palaces, beckons Celeste Hamilton like a siren. Yet her dream adventure rapidly turns into a nightmare. A web of deceit pulls Celeste from bright, sunlit streets into shady back alleys along the ancient Bosphorus. Without understanding, she’s stumbled onto a villainous secret.

Her landlady lets slip puzzling comments that don’t make sense. The sinister charms and dark magic spells she places in Celeste’s room are horrifying. Then, the morose caretaker of the orphanage where Celeste volunteers starts staring at Celeste’s beloved boys like a vulture sizing up its next meal.

When Celeste’s favourite boy goes missing, Celeste discovers that she herself is the target of a dark plot.

Can Celeste save the child – and herself – before someone destroys her?

Buy or read reviews on Amazon.co.uk

Buy or read reviews on Amazon.com